England And The American Civil War 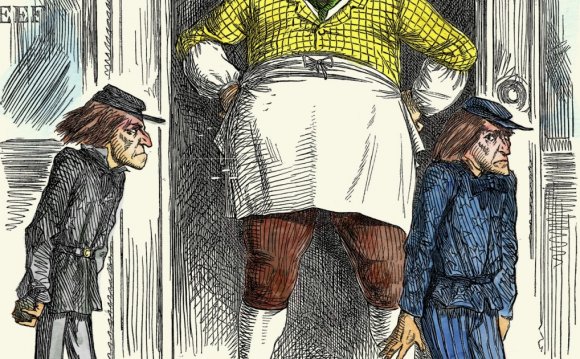 The alliance between President Lincoln and Russian Emperor Alexander II dealt a lethal blow to the British strategic plans and contributed substantially to the victory of the North. The two great interlocutors of Union foreign policy were Great Britain and Russia, and the geopolitical vicissitudes of the twentieth century tended to distort perceptions of both, minimizing the importance of both British threat and Russian friendship.

In 1861 each party in the United States counted confidently on the support of the English Government and people, the North because of the universal condemnation of human slavery, the South because of the importance of cotton to English commerce. The diplomatic efforts of both were concentrated upon Great Britain. With her aid the South might win. Without her aid the Southern cause was almost hopeless, and the one European friend of the South, Louis Napoleon, would not dare to interfere directly. That England did not actively interfere on the Southern side is a proof of the power of idealism in English politics.

Great Britain plotted the invasion of the United States, considering bombarding and burning both Boston and New York. Predictably, Great Britain (joined then by France) wanted to take advantage of the American internal turmoil to regain control over its former colony. In order to ruin Franco-British plans, Russia sent its Navy to protect the Union from the foreign intervention. The most dramatic gestures of cooperation between the Russian Empire and the United States came in the autumn of 1863 On September 24, the Russian Baltic fleet began to arrive in New York harbor. On October 12, the Russian Far East fleet began to arrive in San Francisco.

Bernhardi wrote in 1901, "Since England committed the unpardonable blunder ... of not supporting the Southern States in the American war of secession, a rival to England's worldwide empire has appeared ... in the form of the United States of America." He later marveled that the Union did not take advantage of England's distress to take possession of Canada. But the English Government in 1861-1865 tried in characteristic British ways to keep aloof from the American struggle. The result was that England incurred the fierce dislike of both South and North.

The Southern leaders were disappointed and angry because the English Government would not recognize the Confederacy as independent, although the Premier, Palmerston, at one time in 1862 favored such action, and because the English Government would not interfere with the Federal blockade of the Southern ports, and because English sentiment against slavery was so strong. Alexander H. Stephens even proposed to abolish slavery in the hope of thus winning English favor.

Ironclads and the American Civil War