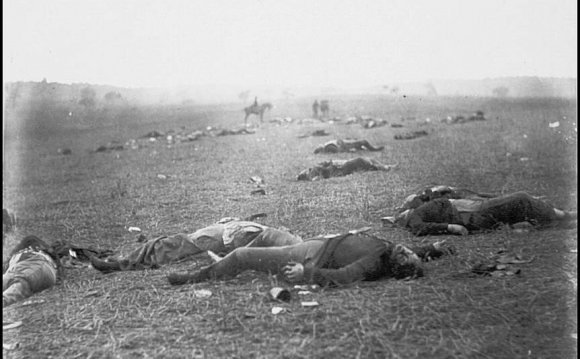 War by the numbers


In 1864, 200 acres were set aside for Arlington National Cemetery. Today, it spans 624 acres. Image: Library of Congress.Eyebrows were conspicuously raised recently when a “demographic historian” from New York’s State University at Binghamton convincingly recalibrated the long-accepted Civil War death toll—boosting the grisly statistic by an astounding 20 percent.

According to Dr. J. David Hacker, the traditional death toll of 620, 000—which historians have accepted for more than a century—failed properly to account for several key factors, including the influx of immigrants into the armed forces, not to mention casualties among black women who found themselves victims of the onrush of war. Hacker employed a new range of statistical accounting to determine mortality, including a system called the “two-census method.” To measure deaths, he counts the number of 20- to 30-year-olds in the 1860 census, and the number of 30- to 40-year-olds who turn up in—or, more important, disappear from—the next count, 10 years later. The difference represents the number of young people who died in the intervening decade, and Hacker took an educated stab, based on a shrewd reading of regional loyalties, at determining how many of them likely perished on the battlefield and not home peacefully in bed.

It’s useful to keep in mind that the long-accepted 620, 000 tally was the work of two energetic but amateur historians, William F. Fox and Thomas Leonard Livermore, Union veterans who read every pension record, battlefield report and muster roll they could put their hands on. Fox published his Regimental Losses in the American Civil War in 1889—and through their extraordinary research we learned that the average Federal soldier weighed 143.5 pounds.