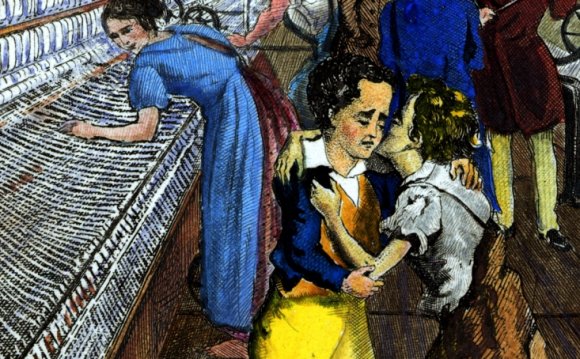 When studying the industrial revolution it can be easy to get lost in the amount of detail from the period. Alot happened in just 150 years and it can be difficult to choose which key events are most significant. This Industrial Revolution facts page will provide you with some of the key facts of the period and give you a key overview of this significant event in British history.

It’s easy to become overwhelmed but we hope some of the facts below will help in identifying key moments for you which you can then research in further detail if required.

Our industrial revolution information portal should assist you in finding more detail on a specific subject however some of your essays or worksheets may just require some of the key points of the period.

: The Industrial revolution begin in Britain in the late 1700’s

: Initially Factories were commonly built near rivers so that water power could be used for the day to day running of machines.

: The Darby family discovered how to make cheap iron at their iron works in Coalbrookdale. Historians labelled them the cradle of the industrial revolution.

: In 1700 most people lived and worked in the countryside. This would change over the course of 150 years dramatically.
: Throughout the industrial revolution Britain was commonly referred to as the ‘workshop of the world’

: Three of the most significant machine inventors were James Hargreaves, Richard Arkwright & Samuel Crompton. They invented the Spinning Jenny (1765), Water Frame (1769) and the Spinning Mule (1779). These three inventions shaped the initial factors of Britain.

: Children as young as five years old were instructed to work long hours within coal mines as ‘trappers’

: Having been saved by the famous Darby family the iron industry grew from strength to strength within the industrial revolution and by 1850 over 2 million tonnes were made in Britain; half of the worlds supply!

Child labour during the Industrial Revolution