Farming during the Industrial Revolution 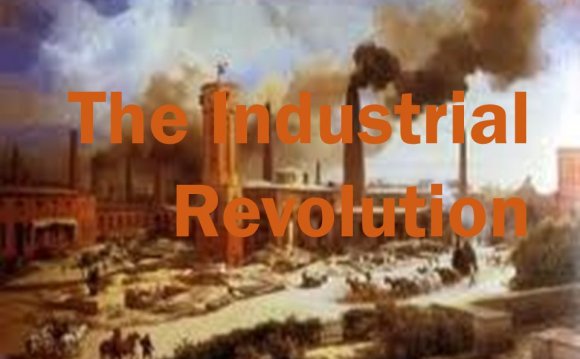 While we have studied the trails and triumphs of industrial revolution we would be negligent if we only focused on industry. Workers need to be fed and the plight of farmers was and always will be of critical importance. While cities may represent the wealth of America, it is the farms and the Midwest that are the breadbasket and heartland of this nation. This poem, written by a farmer at the turn of the century reminds us of this.

The post Civil War era represented both triumph and tragedy for the farmer. The population boom caused by the end of the war increased demand and farmers met the demand. The increased business was a welcome sight for farmers. The industrial age made farmers more efficient as well. Just as the steel plow and the cotton gin had increased productivity, so did irrigation and the tractor. Farm production skyrocketed. As with any product the greater the supply, the lower the price. In response to this deflation farmers did what they knew how do do, grew more crops! Generations of farmers were always taught that the way to make more money was to grow more. This time however as production continued to increase, prices continued to fall. Farmers actually MADE LESS! The consequences were devastating

In 1900 America went on the Gold Standard. What this meant was that every dollar was exchangeable for a dollar of gold. The US promised to have gold reserves equal to the amount of money in circulation. The problem with this is that is limits the amount of money in circulation and this raises the value of money. The effect of this on farmers was further deflation. Their loans on farm acreage remained but their income dropped...not a good combination.

In response to their problems farmers formed a political party called the Populist Party. The elected William Jennings Bryan as their leader and first candidate for president. As a third party the Populists hoped to get their ideas and needs placed into the public arena. Perhaps they realized that a Populist would never be elected president but they had a good chance that one of the major parties would incorporate the populist message into their platform. The Populist sought the following:

1. Elimination of the gold standard. Populists supported the Silver Standards which would have made money cheaper and more available. This would have created inflationary pressure and raised prices. If a silver standard would not be accepted they would have settled for bimetallism.

Railroads During the Industrial Revolution

Child Labor During The Industrial Revolution 1