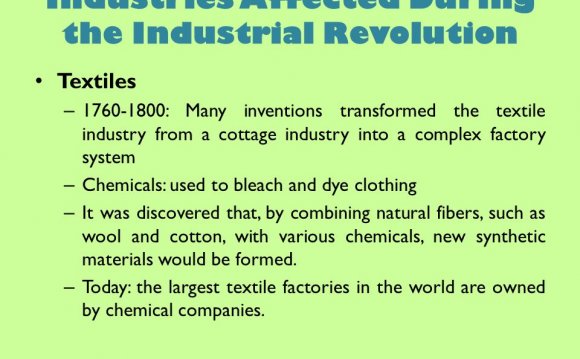 The Cottage Industry found it's roots in the Middle Ages. It is often referred to as the putting-out system. This system was most common in the textile wool-cloth industry.

The process of making the raw material into cloth involved cleaning, carding, spinning, and weaving. This was done by everyone in the family. Children carded the wool, women spun it, and the men weaved it. It was called the putting-out system since the merchant clothier purchased the wool, gave it to the peasants to process, and took it back to be distributed and sold. The peasants were eager to oblige the merchants, as it provided additional income for the family. It gave the family an income source during winter months and allowed the entire family to produce income from home. This system was the predecessor to the industrial revolution.

Today, the Cottage Industry is again alive and well. The term has been expanded to include anyone who works out of their home, either full or part time. Many folks claim that eBay has allowed the Cottage Industry to thrive today. It is our goal to help those folks market their products by giving them another option for exposure. For those of you who are talented producers who appreciate fine workmanship, please use this site to further promote the development of Cottage Industry in the Okanogan Valley.