Textile mills in the Industrial Revolution 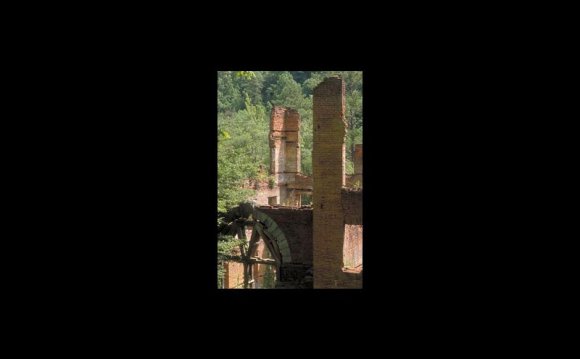 The early mills used the putting out system in which the mill did carding and spinning, but hand weavers were paid to weave the fabric then return it to the mill for finishing. Then, in the 1830s, improved machinery allowed mills to do the entire process with machines, greatly reducing the cost of cotton cloth. In 1841, power looms that could manage wool were developed and affordable woolens appeared. Continued advances in textile machinery and the spread of railroads soon made inexpensive factory-produced fabrics available everywhere. By 1870, there were more than 2, 400 woolen mills, and hundreds of cotton mills all over the United States.

The mills completely changed how people dressed and the way they decorated their homes. By the 1830s, ordinary people could afford more clothing and poorer people began to copy the fashions of the well to do. Curtains and other decorative textiles appeared in houses. By the middle of the century, families no longer had to spend time spinning and weaving. The factories provided a wide variety of textile products to everyone, everywhere. They were also an important source of new jobs. People moved from farms and small towns to larger towns and cities to work in factories and the many support businesses that grew up around them. The success of the textile industry fostered many other factory systems. Craftsmen and artisans of all types were replaced as stores and mail-order catalogs marketed inexpensive manufactured goods to all.

By the end of the 19th century, textile mills and other factories produced an incredible range of new products, and generated vast new support industries, financial institutions, and transportation and information networks. The old artisan and agricultural way of life had disappeared.