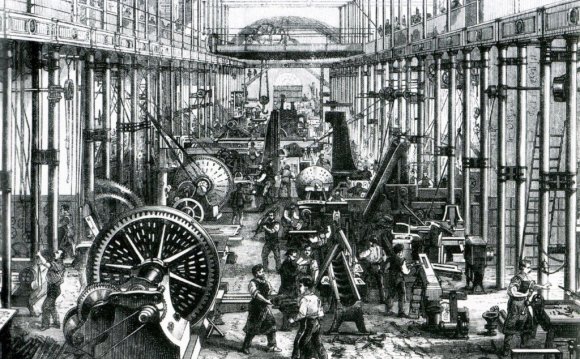 It’s 160 years ago this year (2014) since the first railway was opened in Australia in 1854. The railways were a vast improvement on the Cobb and Co. coaches, which carried people, and the drays and wagons, which carried goods, over the rough bush tracks. Pulled by horses or bullocks, wagons were slow and expensive, while the threat of being held up by bushrangers was a real possibility for coach travellers.

The construction and development of railways in Australia from the mid. 1850s completed what the inland pioneering transport systems had begun – the opening up of Australia and linking the colonies. Considering the vast distances to be travelled, the railways spread remarkably quickly. Wherever the railways went, towns prospered. They were the lifeblood between the country and the cities and transported wool, coal, grain and milk very cheaply. They fostered the development of primary industries, especially wheat growing and dairying, made possible by quickly and efficiently transporting products to markets that was never possible before.

Victoria has the honour of opening Australia’s first railway, which began on 12 September 1854, only 24 years after the Stephensons’ “Rocket” began the first scheduled steam train operation between Liverpool and Manchester in England. Back in Australia, the Victorian service began when the Hobson’s Bay Railway Company’s train chugged out of Melbourne’s Flinders Street station hauling three carriages on the 4.5 km run to Sandridge (Port Melbourne). The small locally-built engine refused to move off for the return journey and twenty policemen had to give it a push. The line was the first in a network of Melbourne suburban railways developed by a number of companies over the next few years. None of them prospered and the lines were all taken over by the Victorian Government in 1878.

The first railway in New South Wales was much more ambitious. It was devised by wealthy squatters keen to transport their wool more cheaply and quickly from inland properties to Sydney so that it could be taken by ship to the English textile mills. Work on the railway began in 1846 when the Sydney Railway Company was formed to build a line from Sydney to Parramatta. Construction commenced in 1851, but internal debates and labour shortages, due to all the workers racing off to goldfields, made progress slow. The high cost of constructing the railway saw the New South Wales Government take over its operation just before the line was officially opened on 26 September 1855. It was a major engineering feat in the colony at the time, with 20 km of track with four intermediate stations at Newtown, Ashfield, Burwood and Homebush, a tunnel at Redfern, a viaduct over Long Cove Creek, twenty-seven bridges and fifty culverts. The first four locomotives which ran the service were built in England by Robert Stephenson and Co. of Newcastle-on-Tyne, in the very same workshop as the “Rocket”. They travelled to Australia dismantled on the decks of sailing ships. After arriving at Circular Quay they were unloaded onto wagons and pulled by horses to the railway site for rebuilding.

The Museum has Locomotive No. 1, which pulled the first passenger train in New South Wales on a special trip for the Governor before the line was officially opened. It’s on display with a first, second and third class carriage of the day. Incidentally, travelling third class wasn’t very comfortable, with hard bench seats and not even glass in the large window openings, but it was the most popular because it was the cheapest.
South Australia’s first trains operated between North Terrace, Adelaide and Port Adelaide in 1856. Completely built, owned and operated by the South Australian Government, it was the first railway in the British Empire to be publicly undertaken. Queensland began steam trains on a narrow gauge line from Ipswich to Bigges Camp (now Grandchester) in 1865. Tasmania opened the Launceston to Deloraine line, a distance of 72 km, in 1871. Also in that year Western Australia began its first railway operated by a timber company from the coast at Lockville, about 200 km south of Fremantle, into a karri forest for 20 km to Yoganup. The first public railway in Western Australia ran from Geraldton to Northampton and opened in 1879.