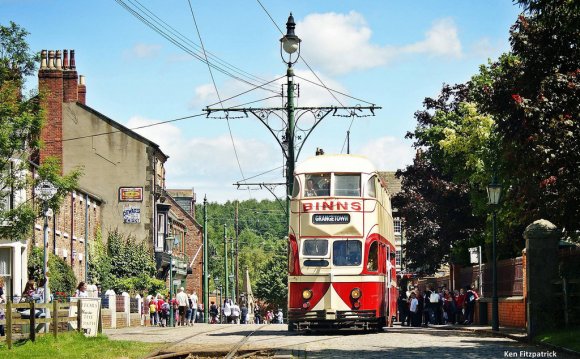 Arts During the Industrial Revolution

There were many artistic movements during the period of Britain's industrialization, each of which was a reaction to the feelings of the time, as well as to the movement which had preceded it. By the time that the Industrial Revolution really took hold, some artists were at differences with the ideals which it espoused, such as those of discipline, temperance, structure, and views of the Enlightenment. These feelings translated into the Romantic movement, which encouraged individualism, freedom, and emotion.

Artistic Movement Some of the Artists Involved

Neo-classicism  1750 to 1820
"The imitation or use primarily of the style and aesthetic principles of ancient Greek and Roman classical art" (Classic, Classical, and Classicism).

"Generally characterized by a highly imaginative and subjective approach, emotional intensity, and a dreamlike or visionary quality" (Romanticism).

Realism  1845 to 1900
An attempt to represent figures and objects exactly as they appear in life (Realism).

Pre-Raphaelite  1850 to 1900
A reaction against Victorian materialism and neo-classicism. Produced earnest, quasi religious works inspired by Mediaeval and early Renaissance painters up to the time of Raphael (Porter).

Impressionism and Post Impressionism  Late Nineteenth Century
Instead of painting an ideal of beauty, the impressionists tried to depict what they saw at a given moment, capturing a fresh, original vision. They often painted out of doors so that they could observe nature more directly and set down its most fleeting aspectsespecially the changing light of the sun (Porter).

Romanticism was probably the most important artistic movement to flourish during the Industrial Revolution. It had the most widespread effects on the general population, and its artistic achievements are still admired today.