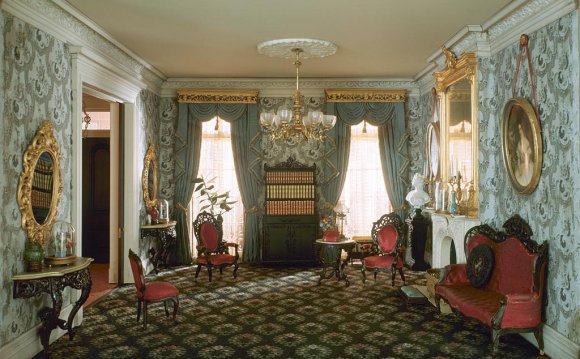 Before the Industrial Revolution, Halstead was an agricultural community with a cottage industry producing woolen cloth. In Halstead, as elsewhere in England, unemployment among depressed farming households and former wool workers forced people to find work outside the home. Because their labor was cheap, women more than men were recruited into the textile factories that sprang up all over Britain in the 19th century. This is a chart of the Courtauld workforce in 1860. The wages are in British schillings.

Make a list of jobs only men did. A list of the jobs women did. Can you think of any reasons for this? Were women less capable than men of doing this work? (You might have to find out what some jobs were!)

What do you notice about the wages for men's jobs compared with the pay for the women's jobs?

What is the highest paying job? the lowest?

In what job do males and females receive the same pay?

In what job are the majority of men employed?

In what job are the majority of women?

Think about the pattern of the employment at the factory of a man and of a woman. Who might be able to work their way up the ladder? Who will most likely end up in a "dead end" job? What factors might have contributed to this pattern of lifetime job difference? What implications might this have on the status and power of women within the community? Within the family?

In factories that mainly employ women today, can you find out what percentage of men or women hold the best paying jobs?

Hannah Goode: "I work at Mr. Wilson's mill. I think the youngest child is about 7. I daresay there are 20 under 9 years. It is about half past five by our clock at home when we go in.We come out at seven by the mill. We never stop to take our meals, except at dinner.

William Crookes is overlooker in our room. He is cross-tempered sometimes. He does not beat me; he beats the little children if they do not do their work right.I have sometimes seen the little children drop asleep or so, but not lately. If they are catched asleep they get the strap. They are always very tired at night.I can read a little; I can't write. I used to go to school before I went to the mill; I have since I am sixteen."

Mrs. Smith: "I have three children working in Wilson's mill; one 11, one 13, and the other 14. They work regular hours there. We don't complain. If they go to drop the hours, I don't know what poor people will do. We have hard work to live as it is. My husband is of the same mind about it...last summer my husband was 6 weeks ill; we pledged almost all our things to live; the things are not all out of pawn yet. We complain of nothing but short wages...My children have been in the mill three years. I have no complaint to make of their being beaten...I would rather they were beaten than fined."

What do you think happened to younger children when the family was away at work in mills?

What might be different about work done at home compared to work in the factory?

Why did some workers oppose the imposition of laws restricting women and children's work?