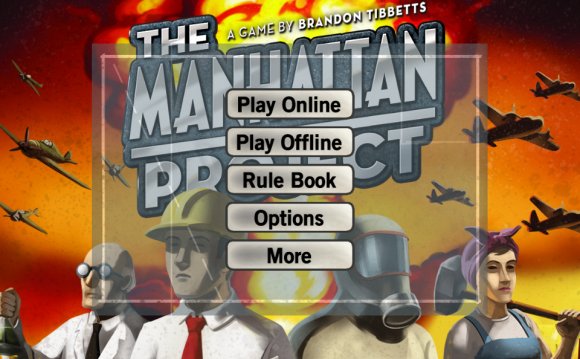 Better late than never: the U.S. government has finally declassified its official history of the Manhattan Project, the vast and secret program undertaken during World War II to build an atom bomb. (Which was intended, first and foremost, for use against Germany, but as it happened, the bomb was not ready by V-E day in May of 1945, so it ended up being used against Japan in August.)

As it happens, the Manhattan Project was a major focus of my master’s thesis in U.S. History at UNC-Chapel Hill back in the 1980s. At that time, none of these documents were available. Instead, I had to rely mainly on Hewlett and Anderson’s multi-volume history of the Atomic Energy Commission, which was the main successor to the Manhattan Project and which oversaw the conversion of the bomb-making project into two new, separate enterprises: military efforts to make bigger and better bombs and civilian efforts to make cheap nuclear energy available.

Even after all these years, it is still remarkable how few “atomic secrets” slipped out during WWII and reached hostile powers. Of course, that depends on how you define such secrets and how you define hostile powers. In one sense, there is no “atomic bomb secret.” Before the war, physicists had pretty well worked out the basic science of atomic fission. After that, it’s all engineering, and there are in fact many different ways to apply the science to create weapons. The issue of “hostile powers” turns out to have been the more vexing issue. During the war, the U.S. naturally worried about maintaining secrets from the Germans and the Japanese, our avowed enemies. They did not pay enough attention to maintaining secrets from the Soviets, our putative allies.

I have no intention of re-fighting the Cold War battles over atomic espionage (in which a small number of misguided leftists cooperated with Soviet spies and probably made the world a worse place).

All I want to do today is draw attention to the belated but still welcome declassification of this report.

BUT NOTE: there are almost certainly more parts that the government has not declassified and will not even acknowledge. That’s the nature of secrecy.