Did Einstein work on the Manhattan Project 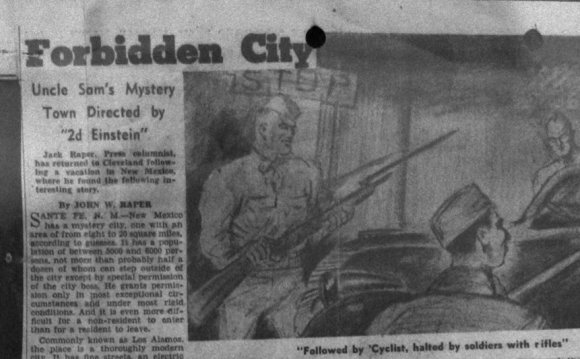 One of the ironies of Hitler's desire for racial purity was that it drove out of continental Europe or into the camps many individuals who would have been extremely useful to the Axis war effort. Nowhere was this more evident than in the effort to produce an atomic bomb. Although many brilliant American physicists worked on the Manhattan Project, including J. Robert Oppenheimer and Richard Feynman, a startling proportion of the most famous names on the project belonged to scientists who came to England or America to flee from the Axis.

The large number of refugees and immigrants working on the Manhattan Project gave the American nuclear program an international character unusual in such a top-secret program—and unique amongst the nuclear programs that followed in other countries—and helped give life in Los Alamos, NM during the war its unique character.

The Shame at Gottingen

As World War I came to a close, there were three main areas where atomic research, in its infancy, was being carried out. At Cambridge University in England, Ernest Rutherford directed the Cavendish Laboratory. In Copenhagen, Danish physcist Niels Bohr carried out a series of pioneering experiments. And at Gottingen University in Germany, research was led by the physicists Max Born and James Franck and the mathematician David Hilbert.

The "Beautiful Years" soon made way to the "Desperate Years" as Adolf Hitler rose to power in Germany. Even before the Nazi takeover, a group of German physicists, as Robert Jungk wrote in his 1958 history Brighter Than A Thousand Suns, "boldly declared Einstein's theory of relativity to be 'Jewish world-bluff.' They attempted to dismiss, under the summary heading of 'Jewish physics, ' all studies based upon the data of Albert Einstein and Niels Bohr."

In the spring of 1933, the University of Gottingen, the seat of brilliant achievement in years past, became the focal point of Hitler's anti-Jewish policies. Student demonstrations proclaiming the coming of the "new order" became an everyday occurrence. Respected scholars were brutally expelled. Some of the world's foremost physicists such as Max Born, James Franck, Eugene Wigner, Leo Szilard, Edward Teller, and John von Neumann were forced to flee. Attempts were made by "patriotic German" physicists to prevent the expulsion of so many "brilliant" men, but all to no avail. Even well-known Germans such as Werner Karl Heisenberg and Nobel winners von Laue and Planck were unsuccessful in their attempts at mediation. Many think that Hitler sowed the seeds of Germany's defeat when he introduced the laws barring Jewish individuals from university teaching posts.

"The clearest account of the state of the once-great Gottingen University was given by the mathematician David Hilbert, by that time well advanced in years. About a year after the great purge of Gottingen he was seated at a banquet in the place of honor next to Hitler's new Minister of Education, Rust. Rust was unwary enough to ask: 'Is it really true, Professor, that your institute suffered so much from the departure of the Jews and their friends?' Hilbert snapped back, as coolly as ever: 'Suffered? No, it didn't suffer, Herr Minister. It just doesn't exist anymore!'"

In April of 1933, Hitler's first anti-Jewish law was promulgated, stripping all "non-Aryan" academics of their teaching posts. 25% of German physicists, including eleven past or future Nobel Prize winners, lost their jobs. Emigration was the only solution.

Some with extreme foresight saw what the political landscape was to become and made early plans accordingly. Einstein was one of the first to go. Physicist Theodore von Karman was recruited by the California Institute of Technology in 1930. Caltech, as well as Columbia, pursued Einstein, but he eventually opted for the new Institute for Advanced Study at Princeton. In 1930, Princeton hired both John von Neumann and Eugene Wigner.

Theoretical physicist Hans Bethe was teaching at Tubingen (Germany) when a student informed him he had been fired. Bethe wrote to colleague Hans Geiger for advice. As Bethe later recounted to author Jeremy Bernstein, Geiger "wrote back a very cold letter saying that with the changed situation it would be necessary to dispense with my services - period. There was no kind word, no regrets - nothing."
Source: www.atomicheritage.org

The Bhagavad-Gita, Oppenheimer and Nuclear weapons

How the Holden Volt works