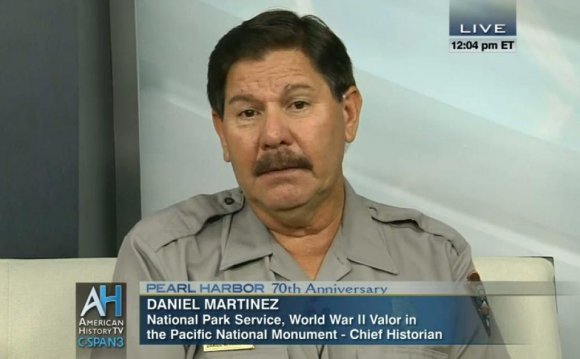 In a speech Dec. 8, 1941 asking Congress to declare war on Japan after the bombing of Pearl Harbor, President Franklin D. Rooselvelt said in part:

“Yesterday, December 7, 1941 – a date which will live in infamy – the United States of America was suddenly and deliberately attacked by naval and air forces of the Empire of Japan… No matter how long it may take us to overcome this premeditated invasion, the American people will through their righteous might win through to absolute victory… With confidence in our armed forces – with the unbounded determination of our people – we will gain the inevitable triumph – so help us God. I, therefore, ask that the Congress declare that since the dastardly and unprovoked attack by Japan on Sunday, December 7th, a state of war has existed between the United States and the Japanese Empire.”

Watch a video on the Pearl Harbor attack below:

THE ATTACK ON PEARL HARBOR The attack on Pearl Harbor was a surprise military strike conducted by the Imperial Japanese Navy against the United States naval base at Pearl Harbor, Hawaii on the morning of December 7, 1941.