Everything about World War 2 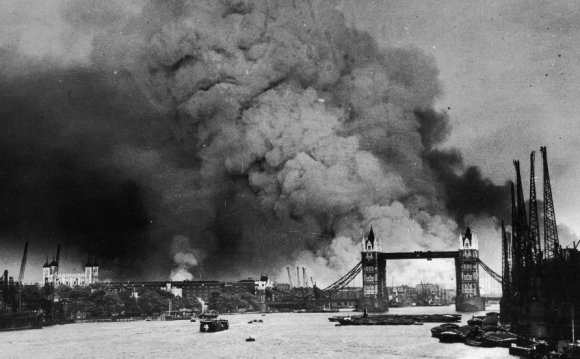 A rare and famous object can open your eyes to the way the world can change. Sometimes, you see the change when you look at an inexpensive package of candy. That's part of the surprise of visiting the New-York Historical Society, where last year, in an exhibition about political revolutions, we displayed the original Stamp Act - the law that set off the Boston Tea Party - and where this year, as part of our show about New York City's role in World War II, we are exhibiting a tube of M&M'S.

What do M&M'S have to do with the war? Quite a lot, as it turns out.
In 1932, the young Forrest E. Mars Sr. - son of Frank Mars, who had founded the candy-making company Mars, Inc. - moved from the United States to the United Kingdom to launch his own business. Legend has it that Forrest got the idea for M&M'S® in the 1930s, during the Spanish Civil War (1936-39), when he saw soldiers eating chocolate pellets with a hard shell of tempered chocolate.

In 1941, Forrest Mars developed a hard-shelled candy with chocolate at the center and named the product M&M'S. M&M'S, Ltd. set up headquarters in Newark, NJ, having secured a patent for its product on March 3, 1941. The M&M'S Plain Chocolate Candies, as they were called, hit the consumer market that same year, in colors that included brown, yellow, orange, red, green, and violet. Within months, though, the U.S. entered World War II, and M&M'S became reserved for military use. Since the sugar coating prevented the candy from melting in warm climates like the Pacific, M&M'S were issued as part of soldiers' C-Rations. Tubes were also sold in post exchanges and ships' service stores. The Newark factory - located at 200 North 12th Street - produced 200, 000 pounds of M&M'S® per week, most of it going to the military. As the advertisements of the period maintained, M&M'S were "100% at War."

When the war ended in 1945, the candy again became available to the general public-including the returning American soldiers who had developed a taste for M&M'S during their service. M&Ms continued to package the chocolate in tubes until 1948, when the bag we know today was introduced.

New-York Historical's exhibition WWII & NYC shows how the war changed New York City in many ways. It documents changes in fields such as industrial capacity, racial and gender relationships, and the city's intellectual and artistic life, with artists, musicians, and writers pouring in as refugees from Europe and making New York the cultural capital of the world. The exhibition also demonstrates how materials and products developed for the war effort wound up having a lasting effect in peace-time.

There is no question that the story behind the success of M&M's leaves the sweetest aftertaste for visitors.