Why did World War One start? 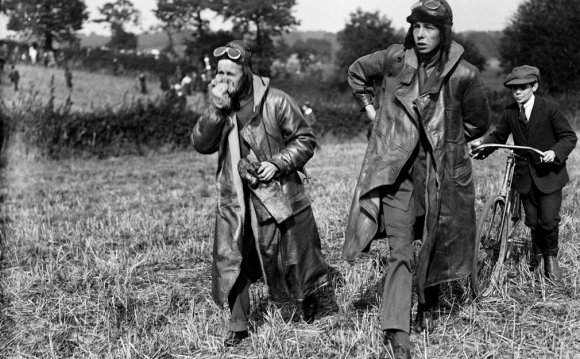 Today I found out what started World War I.

The commonly held notion that it was started out of outrage over the assassination of Archduke Franz Ferdinand of Austria and his wife Sophie at the hands of Serbian nationalist secret society known as the “Black Hand” isn’t entirely correct. In fact, the Emperor Franz Josef himself expressed relief over the assassination because it rid him of an heir whom he deeply disliked. The Emperor commented that “God will not be mocked. A higher power had put back the order I couldn’t maintain.”

Indeed, it wasn’t just the Emperor who was relieved; it was reported by an Austrian newspaper that the general consensus among the various political circles was that the assassination, though a tragedy, was for the best. As far as the Austrian people were concerned, it was noted “The event almost failed to make any impression whatever. On Sunday and Monday, the crowds in Vienna listened to music and drank wine as if nothing had happened.” Indeed, it took the government itself a full three weeks to react.

As you’ll see shortly, the “treaty alliance system” that was prevalent in Europe with numerous treaties interconnecting the various states was really at the heart of why what would have been a small conflict, not noteworthy in any way in history, escalated into one of the bloodiest wars in human history with over 15 million people dead. Somewhat ironically, the spark that set it all off was the assassination that nobody really cared about.

So why go to war over an assassination, if nobody cared? Because, while nobody seemed to much care about the assassination itself, Austria-Hungary had been looking for an excuse to wage a “preventative war” against Serbia as a state in order to weaken or destroy them so as to take back territory in the Balkans, which had been taken during the Balkan Wars. They had not taken it back up to this point because they lacked Germany’s support; without that support, they feared Russia too much, because of the treaty Russia had with Serbia.

With the assassination of Archduke Franz Ferdinand and his wife on June 28th, 1914, Austria-Hungary was able to secure the promise from Germany that it would aid in a war with Serbia and possibly Russia, if Russia chose to enter the fray due to their treaty with Serbia. It should be noted here that Austria-Hungary did not really expect Russia to enter the fray as they expected this to be a very small war that would be over quickly, before Russia would be obligated to respond. Now with Germany’s support if Russia did enter the fray, Austria-Hungary issued an ultimatum to Serbia with remarkably severe terms that Serbia would be sure to reject, thus giving Austria-Hungary an excuse to go launch a limited war on Serbia to reclaim territory in the Balkans.

Surprisingly, Serbia responded relatively well to the ultimatum, but they did dispute a few minor clauses, which gave Austria-Hungary the excuse they needed to go to war. At this point, the following general series of events happened due to a variety of existing treaties between various nations, which escalated this minor clash into the first “Great War”.

What did World War One really do for women?

World War One 5 How did the allies win WWI