What is World War 2 About? 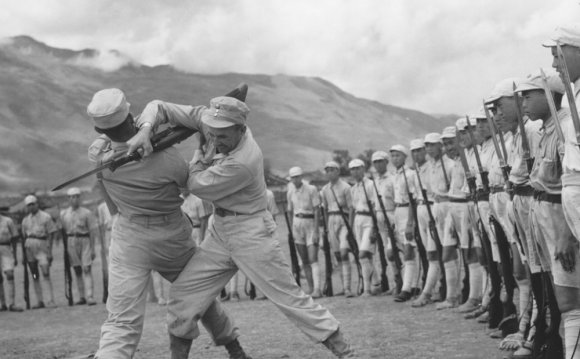 Chester spans the globe to tell the story of World War 2 and the struggle of democratic nations against fascist nations trying to supply easy answers at the end of a gun. From the invasion of Poland to the atomic bombs on Japan, this colorful graphic novel will excite reluctant readers, prepare students for standardized tests in history, and help homeschooling parents!

Chapter 1: The Battle Of Britain
Bad economic times spread across many nations in the 1930s. Adolph Hitler rises to power in Germany by convincing Germans that Jewish people are to blame for Germany’s problems. Then Hitler builds an army that sneaks around the rules placed on Germany’s weapons after World War I. His fascist government keeps the German people focused and energized by using that new army to invade neighboring lands . . .

The Battle of Britain includes the following topics:

Who were isolationists before WWII?
How did World War II begin?
Who said Britain wouldn’t yield?
When was the Battle of Britain?
How did radar help Britain?
Why did London get blitzed?

Chapter 3: Determined D-Day
1942 marks the greatest expansion of Adolph Hitler’s fascist empire. (Fascism is a political philosophy in which total power is given to a dictator and individual freedoms are denied.) Nazi troops control almost all of Europe and are pushing east into Russia towards valuable oil fields. Japan controls much of the Pacific Rim along Asia. The democratic Allies decide they must attack Hitler in Europe before they focus on fighting Japan. That means there will have to be an invasion onto the continent of Europe somewhere …

When was the first World War II landing in France?
Where did the Allies practice invasions?Who won the battle for Normandy?

Chapter 4: The Pacific Island Hop
World War II in Europe is a classic kind of battle: big armies moving across fields and rivers. The war against Japan in the Pacific Ocean is very different. Here the Allies must fight on tiny, rocky islands where the Japanese have prepared fierce defenses. Naval and air power are more important than tanks here. But Americans are determined to travel island to island until they get to the ultimate island fortress: Japan itself!

Who did the World War II island hop?
Why did the U.S. hop islands in World War II?
Who returned to the Philippines?