What years was Abraham Lincoln assassinated? 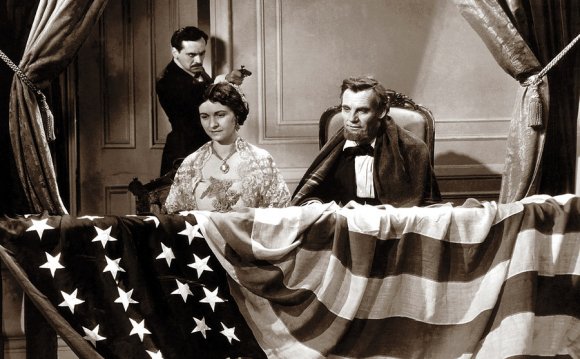 In this commentary, the Constitutional Accountability Center’s Tom Donnelly says our leaders would do well to look to Abraham Lincoln by staying true to our Founding principles, while also learning the lessons of lived experience and political battle.

Today we commemorate the 150th anniversary of one of the most tragic events in American history—President Abraham Lincoln’s assassination.

What if President Lincoln had stayed home from Ford’s Theater that night, 150 years ago? What if he had left his support for African-American suffrage out of his April 11th address—a passage that led John Wilkes Booth to promise that this speech would be Lincoln’s last?

And most important of all, what if President Lincoln had lived to steer our nation through the early, uncertain years of Reconstruction rather than leaving us with his stubborn, irredeemably racist Vice President, Andrew Johnson?

Something about President Lincoln inspires us to ask these questions and dream of a different American story—one spared of the tragedy of Jim Crow and our century-plus struggle to live up to Lincoln’s promise at Gettysburg of “a new birth of freedom.” And while the flesh-and-blood Lincoln may never match the Lincoln of our collective imagination, there’s little doubt that our nation could have used a leader of Lincoln’s unparalleled compassion, political acumen, and capacity for growth to lead it through the complexities and dangers of Reconstruction.

The first two weeks of April 1865—the two weeks preceding President Lincoln’s tragic death—were among the most consequential in American history. Petersburg fell, Union troops occupied Richmond, and General Lee surrendered at Appomattox. After years of battle and hundreds of thousands of lives lost, the Civil War neared its end. And the battle to win the peace was already heating up—perhaps best captured by President Lincoln’s final public address, delivered a mere four days before his death, with his future assassin in the audience.

Eschewing a celebratory speech, President Lincoln chose to focus on the challenges ahead. Lincoln began by stating the obvious: “Reconstruction” is “fraught with great difficulty, ” and “we, the loyal people, differ among ourselves as to the mode, manner, and means of reconstruction.” From there, Lincoln defended his early approach to the problem. However, true to Lincoln’s pragmatic approach to complex issues, he also promised to remain flexible in the face of new conditions.

Tragically, this statement also led John Wilkes Booth to pledge that Lincoln’s April 11th address would be “the last speech he will make” and, in turn, set Booth’s assassination plot in motion.

A century and a half later, Americans remain drawn to the heroic Lincoln—Lincoln as wartime President, Lincoln as the “Great Emancipator, ” Lincoln as martyr. However, on this important anniversary, we shouldn’t let this towering, symbolic Lincoln overshadow the flesh-and-blood, human Lincoln—Lincoln the practical statesman, who offers important lessons for today’s leaders.

Throughout his life, Lincoln remained committed to the prophetic call of Jefferson’s Declaration—a vision captured by Lincoln’s famous line at Gettysburg, describing ours as a nation “conceived in Liberty, and dedicated to the proposition that all men are created equal.” However, as a politician and statesman, Lincoln was committed not only to speaking these words, but also to giving them life through political action—and often through principled compromise.

More important still, throughout his public life, Lincoln showed perhaps the rarest and most important virtue of all—an immense capacity for learning and growth. Historian Eric Foner captures this idea well, explaining, “Had he died in 1862, it would be quite easy to argue today that Lincoln would never have issued a proclamation of emancipation, enrolled black soldiers in the Union army, or advocated allowing black men to vote.” And yet he did, moved by the exigencies of war and the courage shown by countless African-Americans willing to fight for their freedom.

Lincoln faced the evils of slavery and an existential threat to the Union. Our age is beset by its own challenges—albeit not quite as monumental. Nevertheless, in striving to meet them, our leaders would do well to look to Lincoln—staying true to our Founding principles, while also learning the lessons of lived experience and political battle.