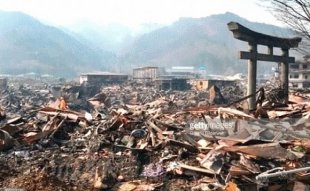 Please cite the original source – including the original data source – and this entry on Our World In Data.
This entry can be cited as Max Roser (2015) – ‘War and Peace after 1945’. Retrieved from: [Online Resource]

There are two reasons to split the presentation this way. Firstly, the availability and quality of data for wars after World War II is much better than for the time before, and secondly, as I show below, there are good reasons to think that the observed decline in wars since 1945 is driven by a number of forces whose influence grew since 1945.

The Absolute Number of War Deaths is Declining since 1945

The absolute number of war deaths has been declining since 1946. In some years in the early post-war era, around half a million people died in wars; in contrast, in 2007 (the last year for which I have data) the number of all war deaths was down to 22.139.

The detailed numbers for 2007 also show which deaths are counted as war deaths:

The decline of the absolute number of battle deaths is visualized in the following graph that shows global battle deaths per year by world region. There are three marked peaks in war deaths since then: the Korean War (early 1950s), the Vietnam War (around 1970) and the Iran-Iraq and Afghanistan wars (1980s).

The Share of War Deaths is Declining even Faster

The previous graph showed absolute numbers, but as the world has seen rapid population growth (see our entry on global population growth), it is more appropriate to look at relative numbers. The following graph therefore shows the battle deaths per 100, 000 people per year. The figures are shown by type of conflict.

As we have seen, the number of war victims varies hugely between different wars; whereas 1, 200, 000 died during the the Korean War (1950–1953), other wars had ‘just’ 1, 000 victims. For this reason, statistics on the number of wars should not be considered without information on the size of these conflicts.

The following figure shows that the number of wars increased until the breakdown of the Soviet Union and has been decreasing since then. Extrastate conflicts are colonial conflicts that ended with the end of colonialism. Interstate conflicts – wars fought between countries – have almost ceased to exist. As other wars are becoming rare, intrastate conflicts (civil wars) in some parts of the world remain.