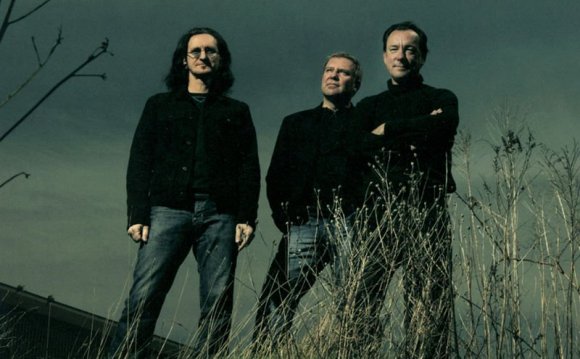 In the 1980s and ‘90s, Rush was lumped into the “beloved by musicians, hated by critics” category of rock. As a band, Rush even helped supply an argument against music critics in general. When a band is hated by people, who in general, have not produced any music themselves while many people who actually make music swear by them; whose side holds more weight and credibility?

But in the last decade, Rush’s credibility increased considerably amongst critics. One possible reason is the embrace of progressive rock and conceptual albums by such critically-adored bands like the Decemberists and Titus Andronicus. Another reason could be pop culture’s full embrace of the band, which can be found in a typical episode of Family Guy or as a centerpiece of the hit movie I Love You, Man. Even in the late ‘90s, Stephen Malkmus treated Rush’s lead singer with kid gloves by simply wondering why Geddy Lee’s voice was so high in “Stereo”, but mercilessly doing a hit job on the Smashing Pumpkins in “Range Life”.
Unlike most of its progressive rock peers, Rush has always leaned more toward actual songs instead of 20-minute epics. Love them or hate them, lines like “Even if you choose not to decide, you still have made a choice” and “Oooooooof salesmen!” are as prevalent in rock as “If I leave here tomorrow” and “Here we are now, entertain us”.

To mark the release of Canadian group’s latest effort Clockwork Angels—just a few days away—here are ten reasons the critics had it wrong all those years.

In the late ‘80s and early ‘90s, Rush began moving out of the synth-dominated sounds of its early and mid-‘80s releases and embracing a more rock-oriented sound, without reverting entirely back to its ‘70s-era form. Presto and Roll the Bones had Rush transitioning into the ‘90s. But with the opening gristle-free guitar riff supplied by Alex Lifeson on “Stick It Out”, fans were given a leaner Rush that actually bore some teeth in its licks. In 1993, bands were either stripping down their sound or trying to add elements of sludge to make their music “heavier”. But “Stick It Out”‘s tight structure was more of the sound of a band doing more with less, not pandering to a new music genre.

In my high school, a running joke for non-Rush fans was that listening to trio was like listening to a history lesson. The textbook example of this was “Manhattan Project”. In the span of five minutes, the history of the nuclear bomb is laid out like a slide show. What makes the track memorable is the treatment of the event: an almost bloodless “you are there” account of the key players, from the builders to the pilot of the Enola Gay. Neil Peart’s sharp, methodical drumming propels the song like a speeding timeline.

Rush did ballads before Presto, most notably with “Closer to the Heart”. But on “The Pass”, one of the most accomplished bassists in rock structures the song around four simple notes. Obviously, when you write a song about a “message” song (in this case suicide), you run the risk of having the lyrics turn into maudlin melodrama.

But Neil Peart keeps things concrete; “Static on your frequency / Electrical storms in your veins” Geddy Lee sings before stating “All of us get lost in the darkness”. The song itself may not have the fireworks of other Rush tracks, but Lee’s impassioned cry “Christ, what have you done?!” provides a stinging catharsis to the song, and makes “The Pass” one of the band’s most effective emotional efforts.

Rock instrumentals have always been a gamble. Far too often, the perceived freedom from the “verse-chorus-verse” lyrical structure gives artists a chance to either go overboard in showing off their musical chops, or push a listener’s patience by incessant noodling. Not the case with “Y Y Z”. At a lean five minutes, the song begins with an S-O-S-type percussive beat from Peart before Lifeson’s guitar makes the song sound like an Emergency Broadcast Message. Many Rock Band parties owe a serious debt to “Y Y Z”.

Rush has made better songs than “Force Ten”. Other cuts better reflect the band’s talents. However, in my 20-plus years as a fan, I don’t know of any Rush song that has popped in my head so frequently. Be it Peart’s jackhammer-like percussion at the beginning, to the chorus, it ranks up with “Freewill” as Rush’s catchiest track. Chances are if you’re in the presence of a Rush fan and mutter “We can rise and fall like empires”, the other person will finish your sentence. That’s the mark of a great single.