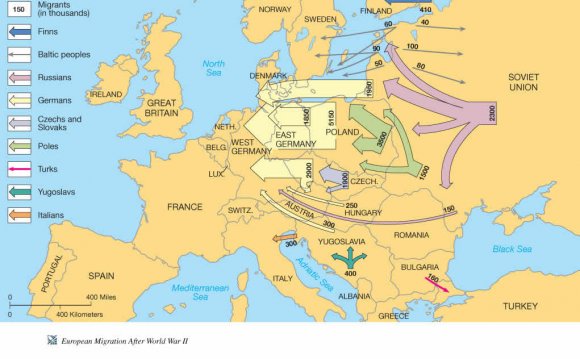 Why did European states, after centuries of conflict decide to start a process of integration?

Victory in Europe was declared on May 8th, 1945, after nearly six years of bloody conflict. Germany was completely defeated.

Only thirty years had passed between the start of the First World War and the end of the Second World War. Both wars were triggered by conflicts between European states and had plunged the nations of the world into war. At the heart of the World Wars was the conflict between Germany and its European neighbours. These were some of the most developed countries in the world and yet they sought to destroy each other. Germany invaded France twice in 26 years, each time also invading Belgium, the Netherlands and Luxembourg and drawing Great Britain and Russia into the conflict. Eventually both these wars grew from regional conflicts to span the globe.

World War II was more brutal, and bloodier than anyone who survived the Great War could have imagined. The Second World War caused the . World War II was the first war that claimed the lives of more civilians than soldiers and witnessed the horror of the first systematic genocide in modern history with the Holocaust. In addition, many cities, towns and villages across Europe were completely destroyed by aerial bombing and heavy artillery. The wanton destruction of homes created thousands of refugees and displaced persons. Almost everyone in Europe was affected by the war.

A common expression after 1945 was “Never again, ” which symbolized a universal desire to avoid another world war. The peoples of Europe were especially committed to this ideal after watching their families torn apart and their homes destroyed.

But how could peace in Europe be guaranteed? Many felt that the responsibility for the wars lay with nationalism in Europe. The great powers in Europe, the United Kingdom, France, Germany, and Russia competed fiercely with each other even in peacetime for economic and military dominance. Tariffs and other barriers to trade were established between most European countries. For many observers, including politicians, intellectuals, and members of resistance movements, the answer became clear: Europe must be integrated. Instead of competition between European states, there was a need for a system of co-operation.

But there were many obstacles and difficulties to overcome to achieve this goal.