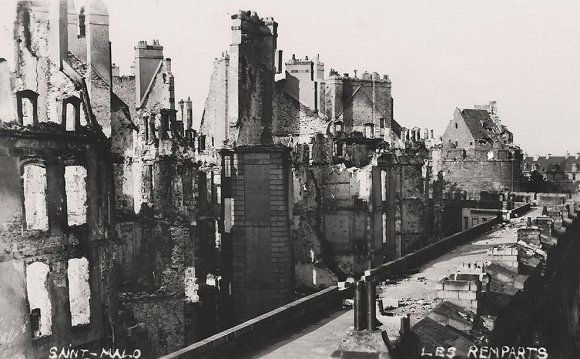 In the latest in a series of articles on how World War II changed forever the countries that fought it, Vincent Coste looks at France, occupied and on the front line of the Western Front of the world’s deadliest conflict.

A country re-starting from scratch

France was on its knees in 1945. The Nazis, the Allies and the French resistance had between them assured the destruction of 400, 000 buildings with five times that number damaged. Industrial and agricultural production was running at just 40% of what it had been pre-war.

The pitiful state of ports, train tracks, roads and bridges meant that those supplies that were available could not be easily distributed in a country where half a million hectares of land still needed to be de-mined. The French population was sick and very, very hungry: rationing would continue until 1949 and two thirds of children were suffering from rickets. One child in 10 did not survive childbirth. A summer drought and a bitterly cold winter also conspired against the French in 1945.

Help could only come from the state. De Gaulle’s government put in place a massive nationalization programme, funneling investment into heavy industry, as well as the finance, energy and transport sectors. Social reform was the reward for personal sacrifice; women were granted the right to vote in 1944, social security followed a year later. The post-war years provided a blueprint for the modern French state.

Photos: the town of Caen in 1944 (left); more than 2, 000 German prisoners of war and French volunteers died clearing France’s fields of millions of landmines after the war (right).

SCUBA diving on the WWII Wrecks of Normandy, France