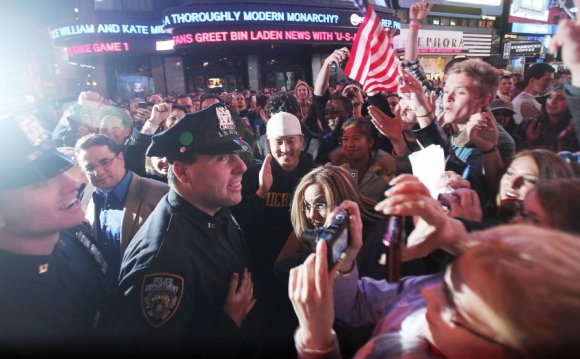 The death of Osama bin Laden was, for some, a full stop, America’s revenge for the 9/11 attacks and the end of the al-Qaeda story.

But since bin Laden was assassinated in May 2011, the name of al-Qaeda – the group bin Laden founded – has continued to appear regularly in news stories around the world.

Recently, al-Qaeda has been connected to bomb attacks in Iraq, killings and conflicts in Mali, clashes in Yemen, and attacks and kidnappings in Afghanistan.

So, what state is al-Qaeda currently in? How has the organisation changed since the so-called ‘war on terror’ of the Bush and Blair era? And do they still pose a significant threat?

‘Although its numerical strength has depleted, its ability to shape and influence like-minded groups from Africa to the Middle East and Asia has increased.

‘Today, in place of one al-Qaeda led by Osama bin Laden, there are 30 groups embracing al-Qaeda ideology and methodology.’

‘Al-Qaeda is in a complex state. It’s fragmented into a series of grouplets that all demonstrate some level of connectivity.

‘However, they tend to be operating to primarily localised agendas. This is in contrast to the period around 9/11 when it was a much more coherent and structured entity with a core leadership and lots of units scattered around the world conducting different tasks.

‘What is left of al-Qaeda core is based primarily in Pakistan’s lawless provinces, with likely some overspill into Afghanistan and possibly Iran.

‘Other groups with varying degrees of links to al-Qaeda’s core can be found in the Sahel region – Mali, for the most part, parts of Libya too – and as far down as Nigeria.

‘Over in Somalia, al-Shabaab, a group that pledged allegiance to al-Qaeda core over a year ago, is still operational, and across the water in Yemen, al-Qaeda in the Arabian Peninsula continues to pose a threat.

‘The most active and bloody group is to be found in Iraq, where the Islamic State of Iraq (al-Qaeda in Iraq) is carrying out regular terrorist attacks and has links across the border in Syria.’