Timeline of American History for Kids 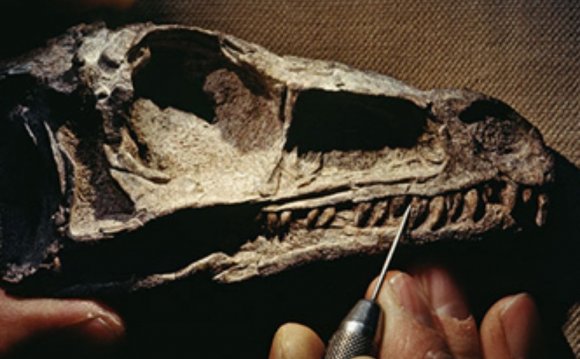 “…These are the times that try men’s souls: The summer soldier and the sunshine patriot will, in this crisis, shrink from the service of his country: but he that stands it NOW deserves the love and thanks of man and woman. Tyranny, like Hell, is not easily conquered. Yet we have this consolation with us, that the harder the conflict, the more glorious the triumph.” – Thomas Paine, 1776

April 19, 1775 – The first shots of the Revolutionary War are fired at Lexington, Massachusetts. Word spreads through the east and thousands volunteer for the Continental Army. The British march to Concord, Massachusetts where they are picked apart by snipers.

April 23, 1775 – The Provincial Congress of Massachusetts orders the mobilization of 13, 600 troops. Thousands of men from throughout the colonies descend upon Boston to partake in its defense.

May 10, 1775 – The second Continental Congress meets at Philadelphia. The Continental Army is officially formed and George Washington is named Commander-in-Chief.

May 10, 1775 – Ethan Allen and Green Mountain Boys capture Fort Ticonderoga on the shores of Lake Champlain. The fort was crucial for British communication with Canada and contained heavy artillery and cannons – which the Patriots dragged to Boston.

July 3, 1775 – Washington arrives in Massachusetts and assumes duty as Commander-in-Chief. Most of his army, however, are untrained undisciplined farmers, artisans and workers.

July 6, 1775 – Congress drafts the Declaration on the Causes and Necessity of Taking Up Arms which details the colonists’ reasons for fighting the British and states that Americans are “resolved to die free men rather than live as slaves.”

March 4-17, 1776 – American forces capture Dorchester Heights, Massachusetts which lies on a hill above Boston. Patriots strategically place a cannon, dragged from Fort Ticonderoga, on top of the hill, pointed at the British. British forces evacuate Boston and set sail for Halifax. George Washington, fearing an attack on New York City, rushes to set up defense.

April 6, 1776 – Continental Congress declares all shipping ports open to foreign traffic except the British. They also recommend the disarming of all Loyalists.

May 2, 1776 – The kings of Spain and France promise to help America in the quest for independence. King Louis XVI of France gives 1, 000, 000 dollars worth of supplies and munitions.

June 11, 1776 – Congress appoints a committee to draft a declaration of independence from England. Thomas Jefferson is chosen to write the declaration.

August 27-29, 1776 American forces under George Washington are routed by 15, 000 troops under the command of British General Howe. Americans are forced to retreat to Brooklyn Heights and are faced with disaster. Later that night, Washington evacuates his troops across the East River to Harlem Heights. The British fail to pursue and Washington has time to change his tactics.

September 16, 1776 – General Washington and Patriot troops defeat British forces in a small battle at Harlem Heights, NY. Soon after, a fire breaks out in New York City and destroys over 300 buildings.

September 22, 1776 – Nathan Hale is executed by the British for spying on their troops. His famous final words were, “I only regret that I have but one life to lose for my country”.

October 11, 1776 – The newly formed American Navy is crushed by British forces at the Battle of Valcour Bay on Lake Champlain. Most of America’s naval forces are destroyed.

October 28, 1776 – Patriot forces under General George Washington are routed at the Battle of White Plains. Washington is forced to retreat westward.

November 1776 – Patriot forces under George Washington suffer a terrible defeat at the hands of British General Howe at the Battle of Fort Washington in Manhattan. Casualties number over 3, 000 for Washington’s Continental Army. He also loses cannons and thousands of military supplies and is forced to retreat toward the Delaware River. British General Cornwallis, who took Fort Lee, New Jersey during the battle pursues.

December 26, 1776 – General George Washington and Continental Army cross the icy Delaware River and ambush 800 astonished Hessian (German mercenaries) at 4:00 in the morning. All Hessians are captured. “Washington’s Crossing”, as it came to be known, improved the morale of the army but was somewhat inconsequential in the war itself.

January 1-3 1777 – Washington and his army defeat British forces at Princeton, N.J. and drive them northeast to New Brunswick. Washington sets up a winter encampment at Morristown, N.J. where his army is reduced by the cold weather and bad conditions. When the weather improves, 9, 000 new troops volunteer.

June 14, 1777 – A new flag with thirteen stars and thirteen stripes is mandated by congress. John Paul Jones is chosen the Captain of Ranger, an 18 vessel ship, with plans to make raids on England’s coastal towns.

June 17, 1777 – The British plan to separate New England from the rest of the colonies commences. British General John Burgoyne and his army of 7, 700 redcoats descends to Albany from Canada and plans to join General William Howe and forces marching north from New York City.

Biography of George Washington for Kids: Meet the American ...