Was the American Revolution Radical 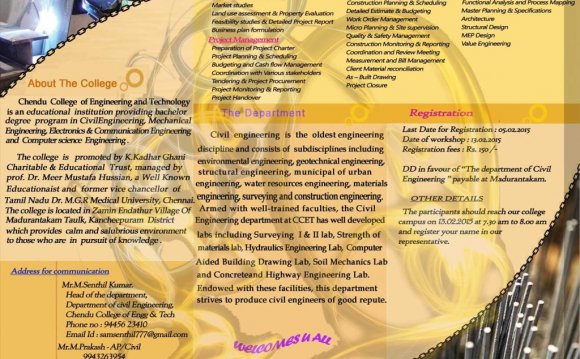 The South East Prospect of the City of Philadelphia, by Peter Cooper, circa...

From another perspective, however, the American Revolution was as radical as any revolution in modern history, for it replaced monarchical authority with representative government and created a society that was far more democratic than even the founding fathers had anticipated.

Nowhere were the effects of this radical revolution more evident than in Pennsylvania, which underwent its own "internal revolution." Here, Pennsylvanians transformed a hierarchical colonial society entrenched in the proprietary rule of the Penn family with its ties to British monarchy into a much freer, more egalitarian one in which they vested political authority in the people themselves.

On the eve of the American Revolution, Pennsylvania was a multi-ethnic colony of about 250, 000 inhabitants, with the English, Germans, and Scots-Irish each constituting approximately a third of the total population. The religious tolerance of founder had attracted people who followed a broad range of religious practices. The highest concentration of people lived in Philadelphia, whose nearly 30, 000 residents made it the largest city in British North America. European immigrants continued to flock to the colony to farm its rich soil, or capitalize on a lucrative international trade with the West Indian sugar plantations, southern Europe, and elsewhere. Pennsylvania was a multi-religious, slaveholding, moderately traditional, patriarchal society.

Social relationships were hierarchical, though not as rigidly class-defined as in England because of the absence of a hereditary aristocracy. People understood and generally respected their relationships to those above and below them. Dependency and obligation extended from the family to the larger society, in economic as well as political relationships. Pennsylvanians understood, for example, their role as a supplier of raw materials for British manufacturers as well as consumers of their products. Many also accepted Parliament's authority to regulate their colony's trade through an external or regulatory tax.

"A New Song Suitable to the Season, To the Tune of Good English Beer, "...

This was not the case in other colonies like Massachusetts and Virginia, where resistance to imperial measures was common, especially after 1765 when the Parliament began to impose a series of revenue-raising, or internal, taxes to pay the annual interest on a debt of more than 1.45 million pounds incurred during the Seven Years' War. However, conflict did exist in Pennsylvania's colonial legislature, where a Presbyterian Scots-Irish faction, and an opposition group led by Benjamin Franklin and the Quaker elite, battled each other and the Penn family's proprietorship.

Throughout the 1760s, Franklin and the anti-proprietary party, angered by the Proprietor's refusal to pay taxes on their lands, establish a paper currency, or raise a voluntary militia, tried to force the Penn family to surrender the government to the Crown. But efforts to overthrow the proprietors proved to be futile. Since neither side could afford to offend royal authorities by resisting imperial revenue-raising measures, Pennsylvania was slower to adopt the revolutionary cause than other colonies.

By the early 1770s, however, western settlers had formed a radical alliance with Philadelphia artisans, mechanics, small retailers, and laborers. These "Radical Republicans" organized themselves into anonymous networks of committeemen, who coordinated protests, boycotts, and militia training in the colony.

Robert Edge Pine, The Congress Voting Independence, circa 1785, completed by...

Linking the proprietors to the exploitative actions of Parliament, they convinced the city's merchants, professionals, and laboring groups that all British policies - instituted by Parliament, the king, and his advisers - were a sudden attack on the fundamental liberties of British subjects in America. Their efforts reached a climax in June 1776, when a self-authorized state constitutional convention drafted the most radical frame of government in any colony. A month later, when the Second Continental Congress declared American independence, Pennsylvania joined the twelve other colonies in a war for national liberation against Great Britain.

During the years of fighting that followed, thousands of Pennsylvanians answered the call to arms, while thousands of others experienced hardship on the home front, especially during the Philadelphia campaign of 1777-1778.

There were others, however, who actively opposed the war because of political loyalty to the Crown, a lucrative commercial association with London's merchants, or because of their pacifist principles. More than 1, 400 of these Pennsylvania loyalists joined the Redcoat army to fight for a restoration of British rule. Several thousand more, belonging to the Society of Friends and German pietist churches, refused to support the war in any way - fighting, taking an oath of allegiance to the new government, or even supplying either army with food or other material provisions - because they saw it as contrary to their historic peace testimony.

When the British seized Philadelphia in September 1777, the patriots accused Quakers who socialized with the Redcoats of being loyal to the Crown. Some had their property seized, others were jailed or exiled, and still others removed themselves from all events outside of their own religious body. Still, patriots emerged from all ranks of society. Women joined the war effort, transforming their homes into cottage industries for the manufacture of musket balls, uniforms, and footwear. German and Scots-Irish farmers contributed grain and other food stores to the patriot cause. Some wealthy individuals risked their personal fortunes to finance the Continental Army when Congress was unable or unwilling to provide monetary support.

The American Revolution had a profound effect on Pennsylvania's population, politics, and economy.

Liberty Displaying the Arts and Sciences, by Samuel Jennings, 1792.

On the eve of Revolution, the colony had only vague and disputed boundaries. European settlement was for a time restricted west of the Appalachian Mountains. There was an ongoing border dispute with Connecticut on the northern frontier and with Virginia in the southwest, and an uneasy truce with the Delaware and Iroquois in the counties to the west of Philadelphia.
Source: explorepahistory.com

DBQ- How Revolutionary Was the American Revolution ...

The American Revolution in 5minutes &20 seconds.