Historical events that changed the World 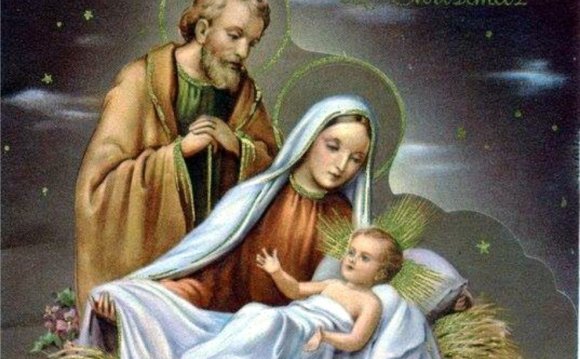 Though of the widely followed religions in the world, Christianity is quite a young religion that had its roots in Jewish religion and Paganism. The birth of Jesus Christ is a big event in itself, because it changed the way we measure the chronological timeline of the world! The concept of Before Christ (BC) and Anno Domini (AD) have helped up separate the events that happened after the birth of Christ from the ones that happened before. Christianity has inspired and guided the modern lifestyle of people. It taught people to take a closer look at the sanctity of life and imbibed principles like love and compassion in great depths. It played a major role in bringing the practices of slavery and human sacrifices to an end. All Men of Letters, have always had some connection with the religion. Christianity has inspired great works of literature and art. Various languages began to be scripted by Christian missionaries themselves. The Ten Commandments did clearly lay the framework for the Magna Carta of 1215. No wonder “The Bible” is considered to be the greatest Book ever written and Jesus Christ as the greatest Man who has ever lived.

4. The Birth of Islam

One of the great religions of the world, Islam spread overnight as Prophet Muhammad made his historic journey from Mecca to Medina. Most medieval civilizations flowered in the light of Islam, as it led to numerous milestones and achievements in the fields of art and science. It acted as a bridge of knowledge between the East and the West. From the discovery of the pinhole camera to the Mariner’s compass, Islamic inventors gave a new outlook to the way science was used in everyday life. To some extent it had even set the stage for the Italian renaissance. It gave the world a new message on peace, tolerance, equality and justice.

However, it also gave us The Crusades and Islamic territories spread over the world in a very short time. The birth of international terrorist groups like Al-Qaida and several others is often suggested to have an Islamic connection. No wonder, the religion has done a lot in shaping the modern world.

It was an era of cultural rebirth of Europe after the devastations caused by the Black Death. The explorers like Columbus and Vasco da Gama, changed the way the world looked on the maps, leading to the discovery of new civilizations. Knowledge was no more limited to the scriptures and the educated were no more limited to the priests and monks. Books began to be printed and knowledge spread as people bought books on poetry, travel and almanacs. Renaissance gave the world a plethora of artists and architects. Picasso, Vinci, Michelangelo, and a large number of other artists, created works of wonder that are beyond any word of appraisal. The knowledge and creativity of the men of that era still makes the world wonder in utter amazement. This cultural breakthrough has really come a long way in enriching the world.

The world has always been a witness to wars and bloodshed since the times when epics were written. But the World War was the first of its kind that involved so many nations on such a vast scale with casualties of around thirty seven million. And its repercussions were irreparable. There were drastic changes in the political, social and economic conditions across Europe, Asia and Africa and a lot of other nations. The greatest impact was to turn Germany and United Kingdom into mass electoral democracies, while other empires collapsed in the aftermath of the war. It also precipitated The Russian revolution of 1917. However, there were several scientific advancements that took place in the shadows of the war, like the discovery of the four-wheel drive and the hydrophone. Several military advancements also took place in this period. There was a sudden drift in the field of art as well. Victorian language was diluted with newer versions of prose styles, and visual art saw a shift towards surrealism. The League of Nations was formed as a peacekeeping organisation, which however failed gravely and the Treaty of Versailles, was strong enough to spur the inception of another war.

The Second World War saw the greatest amount of bloodshed and fury among nations, which shook the entire globe. It began with the dictatorship of Hitler and Mussolini, and ended in the downfall of some great nations and rise of new world powers. The social structure changed to a great extent and men and women began to enjoy equal powers in social and economic arena. The United Nations was founded, that have come a long way in keeping world peace. The scientific developments made by the Nazis and the Americans created a new craze for rockets, missiles, and nuclear power. The atomic bomb developed by the Americans was a major event that has left its marks even on generations that came after the war. The weakening of the United Kingdom played a major role in the Indian Independence. Russia’s position as a world power was taken over by America. Though a grave event, yet World War II continues to remain one of those events in the world history that will have its impact on the generations to come.

Events that changed the world