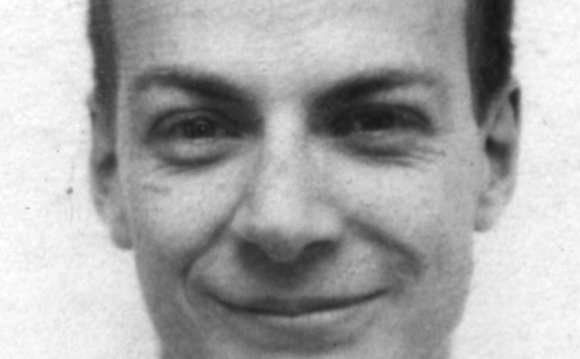 Feynman’s own stories of his wartime work are centered around things other than the work itself. So he describes doing calculations, but doesn’t really say what they were for. He describes going to Oak Ridge, but only as a pretext for a story about dealing with generals and engineers. He describes the Trinity test, but a lot of that is about his claim to being the only person who saw it without welding glass on. And so on. These give glimpses, but not a very complete picture.

The historian of physics (and my advisor) Peter Galison wrote an article on “Feynman’s War” several years back, looking closely at what it actually was that Feynman was doing at the lab, and how it played into the style that he later became famous for in physics. Galison argues that Feynman’s postwar work is uniquely characterized by being “modular, pictorial, and proudly unmathematical.” He contrasts this with the work of several of his contemporaries, including Julian Schwinger, who came up with equivalent solutions to the same physical problems but through a very different (much more mathematical) approach. Feynman’s famous diagrams, which had a huge influence on the teaching and practice of postwar physics, exemplify this approach. What in Schwinger and Tomonaga’s hands (the other people Feynman shared his Nobel Prize with in 1965) was solvable only through massive, lengthy, laborious math could, in Feynman’s hands, be solved through a series of clever diagrams which came up with equivalent results. Feynman’s solutions to quantum electrodynamics weren’t the only way to do it — but they were easier to comprehend, to teach, and to apply to new questions.

OK, so what does this have to do World War II? Well, Galison’s argument is that you can see the same sort of thinking at work in what Feynman did at Los Alamos, and he argues that it is during the war that he really started applying this mode of physics. He divides Feynman’s work into several “projects.” They were:

Galison argues that in each of these instances, you can see the germs of his later approaches. He credits this to both Feynman’s own personal scientific style and inclinations as a theorist (Feynman didn’t seem to like to work with fundamental equations, but with “shortcuts” that lead to quicker, more efficient solutions, for example), but also to the requirements of the wartime goal, where theorists had to come up with tangible, practical results in a very short amount of time. For example, Galison notes that the formulae relating to how the implosion bomb worked “brought the abstract differential equations to the bottom line: how hot, how fast, how much yield?” The practical needs of the war favored a particular “theoretical style” in general, Galison argues, one that could be most easily meshed with engineering concerns, rapid prototyping, and the lack of time to ruminate on fundamental physics questions.