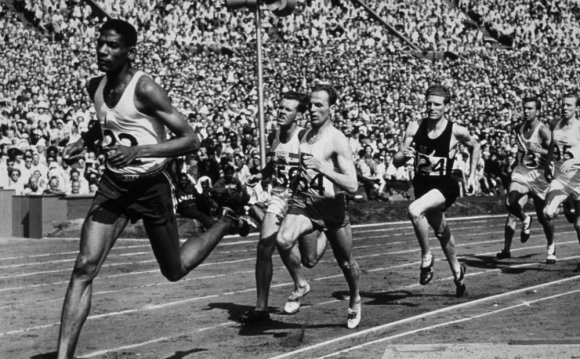 World War II is often viewed as the last good war. In contrast to the wars that followed it — Korea and Vietnam, primarily World War II is said to have had a clear purpose: the smashing of Nazism and fascism and all the horrible things for which they stood. The description “last good war” also implies that the outcome, unlike those of later wars, was an unambiguous victory for America and its Allies — a victory for freedom and democracy. Korea remains divided. Vietnam was unified under Ho Chi Minh. But in World War II, good triumphed over evil. Nazi Germany, fascist Italy, and imperial Japan were completely defeated and then transformed into unthreatening democracies that then took their places among the world’s peace-loving nations. And France and the rest of Western Europe were liberated from tyranny.

Unfortunately, history is not so simple, and the consequences of World War II are much more complex. A full accounting is a sobering matter that renders the record less decisive so far as freedom and truth are concerned. This is not to imply that the defeat of Nazism and fascism was not a good thing, but only to indicate that even a war with such an outcome can have bad consequences.

In 1989, Paul Fussell wrote Wartime: Understanding and Behavior in the Second World War, a book in which he described some of the immediate consequences of the war. The book was widely criticized for tarnishing the image of World War II. Fussell presumably was not surprised. He wrote that even those who fought the war “knew that in its representation to the laity what was happening to them was systematically sanitized and Norman Rockwellized, not to mention Disneyfied…. America has not yet understood what the Second World War was like and has thus been unable to use such understanding to reinterpret and redefine the national reality and to arrive at something like public maturity.” America continues to be shielded from the real war by such works as the Time-Life series. Only a small number of people realize that the last good war was actually horrid; that the Allies, as well as the Axis powers, committed obscene atrocities; and that horrifying blunders were committed by both sides.

“How is it that these data are commonplaces only to a small number who had some direct experience of them?” asks Fussell. “One reason is the normal human talent for looking on the bright side, for not receiving information likely to cause distress or occasion a major overhaul of normal ethical, political, or psychological assumptions. But the more important reason is that the large wartime audience never knew these things. The letterpress correspondents, radio broadcasters, and film people who perceived these horrors kept quiet about them on behalf of the War Effort.”

Decades of such public-relations treatment have had their effect on the American people. “Now, fifty years later, ” writes Fussell, “there has been so much talk about “The Good War, ’ the Justified War, the Necessary War, and the like, that the young and the innocent could get the impression that it was really not such a bad thing after all. It’s thus necessary to observe that it was a war and nothing else, and thus stupid and sadistic….”

There is a simple reason for all the effort that goes into portraying World War II as “not such a bad thing after all.” The state ultimately cements its hold over society by promising to repel the barbarians who always seem to be about to storm the gates of civilization. And if we believe this, we will eagerly surrender liberty and treasure to the state’s officers in return for safety. And in case we wonder if the barbarians really are plotting to storm the gates, the state can point to recent episodes when indeed they did, and when the state protected us from them. Thus, the function of the “World War II as the last good war” line is to keep the people from asking uncomfortable questions about the legitimacy of Leviathan.

The war took some 50 million lives. More civilians died than combatants. They died horrible deaths from explosion, firestorm, vaporization, suffocation, exposure, starvation. The historian Ralph Raico has asked. “If capitalism is criticized for treating human beings like Commodities, what are we to say of an institution — the state — that treats human beings like garbage?”

The historian C. Hartley Grattan wrote in 1949, “Of the material costs [of the war], the largest by all odds came from that most appalling innovation in ruthless destruction, air bombardment — especially area raids which were indiscriminate in that no specific target was aimed at. The assault on dwellings ranks as one of the great horrors of the war…. Terror and obliteration air raids were considered successful almost in proportion to the number of people who lost their homes.”

According to another historian, William Henry Chamberlin, “About twenty out of every one hundred residences in Germany were destroyed. Two and a quarter million homes were destroyed in Japan and 460, 000 in Great Britain. Every fifth Greek was left homeless and 28, 000 homes in Rotterdam were obliterated …. Ironically, the French suffered more from bombing by their American and British ‘liberators’ than from the air attacks from their German invaders.”

Tens of millions of people, wrote Chamberlin, were uprooted from their homes during and after the war. At least five million people from eastern Germany and the Baltic states died — from murder, starvation, and exposure — after being expelled from their homes. People who had fled the Soviet Union during the war were forcibly repatriated — sentenced to death — by the British.

The war’s direct cost in money terms was $4 trillion (in then-current dollars). In 1950, Secretary of the Army Gordon Gray said that the ultimate monetary cost of a war is four times the direct cost. In America, the fiscal effects were immense. The price tag, in then-current terms, was $350 billion. Virtually all taxes were raised. It was World War II that made the income tax the mass tax that it is today. Five million people were added to the tax rolls during the war.

Moreover, as it did in World War I, the national government seized control of the American economy — only more so. “World War II witnessed the creation of an awesome garrison economy, ” wrote the historian Robert Higgs. “The United States, at war against countries where statism had violently amok, had taken on much of the enemy’s coloration.” By comparison, the World War I and the New Deal economics looked almost laissez faire. Moreover, much of the “emergency” authority granted by Congress to the President is still on the books. Even worse, wartime management of the economy led many people to believe that the government can and should guarantee full employment and economic growth in peacetime. It also gave an undeserved reputation to government-business partnership. Every aspect of the economy was now to be the government’s concern. This was true for international economic affairs as well.

The Costs and Effects of World War I

2b - Effect of World War 1 on economy