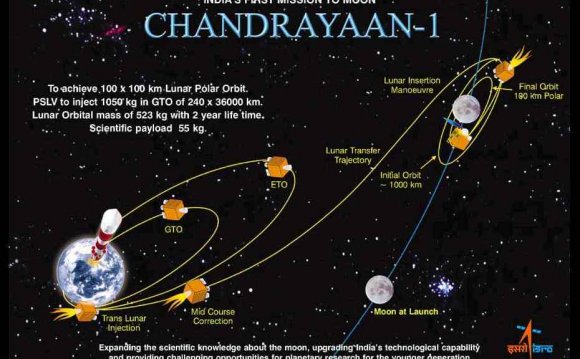 Of course, from almost the point of the first Apollo missions, a small group of Americans have denied that it had taken place. This group seems to be expanding as the events of Apollo recede into history. Aided by a youth movement that does not remember what went down in the Apollo era and for whom distrust of government runs high, it is among that cadre of Americans where those who are skeptical have proliferated. Jaded by so many other government scandals, these younger members of society whose recollection of Apollo is distant to begin with finds it easy to believe the questioning they see on myriad Moon hoax web sites. Lack of understanding of science and failure to employ critical analytical skills make them more susceptible to this type of hucksterism.

There has been considerable research on the parts of society that embrace conspiracy theories of all types. Arguing that conspiracism writ large represents a fundamental part of the political system, legal scholar Mark Fenster claims in Conspiracy Theories: Secrecy and Power in American Culture (Minnesota, 2008), that such conspiracies represent “a polarization so profound that people end up with an unshakable belief that those in power ‘simply can’t be trusted’.”

At the time of the first landings, opinion polls showed that overall less than five percent “doubted the moon voyage had taken place.” Fueled by conspiracy theorists of all stripes, this number has grown over time. In a 2004 poll, while overall numbers remained about the same, among Americans between 18 and 24 years old “27% expressed doubts that NASA went to the Moon, ” according to pollster Mary Lynne Dittmar. Doubt is different from denial, but this represents a trend that seemed to be growing over time among those who did not witness the events.

Perhaps this situation should not surprise us. A lot of other truly weird beliefs exist in society. Apollo 17 astronaut Harrison Schmitt has been philosophical about this turn: “If people decide they’re going to deny the facts of history and the facts of science and technology, there’s not much you can do with them. For most of them, I just feel sorry that we failed in their education.”

While it is inappropriate for us to take this denial seriously and opinion surveys show consistently that few do, for those raised in the postmodern world of the latter twentieth century where the nature of truth is so thoroughly questioned it is more likely to gain a footing.

The media, especially, have fueled doubts over the years. While this may not be viewed as a definitive statement, a child’s bib I have seen places the blame squarely on the media’s back. It reads: “Once upon a time people walked on the moon. They picked up some rocks. They planted some flags. They drove a buggy around for a while. Then they came back. At least that’s what grandpa said. The TV guy said it was all fake. Grandpa says the TV guy is an idiot. Someday, I want to go to the moon too.”

No question, the February 2001 airing of the Fox special Conspiracy Theory: Did We Land on the Moon? changed the nature of the debate. In this instance a major network presented a conspiracy scenario without any serious rebuttal that might have been offered. As USA Today (April 9, 2001) reported in the aftermath of the show: “According to Fox and its respectfully interviewed ‘experts’—a constellation of ludicrously marginal and utterly uncredentialed ‘investigative journalists’—the United States grew so eager to defeat the Soviets in the intensely competitive 1960s space race that it faked all six Apollo missions.”

The Fox show raised the profile of Moon landing deniers. And it sparked considerable response. Marc Norman at the University of Tasmania quipped, “Fox should stick to making cartoons. I’m a big fan of The Simpsons!”

Whereas NASA had refrained from officially responding to these charges—avoiding anything that might dignify the claims—the Fox show demanded that it change its approach. After the Fox program first aired, NASA released a one-paragraph press release entitled, “Apollo: Yes, We Did, ” that was minimalist to say the least. It also posted a NASA information sheet originally issued in 1977 to readdress some of the concerns and pointed people with questions to various Internet sites containing responses. NASA officials added, “To some extent debating this subject is an insult to the thousands who worked for years to accomplish the most amazing feats of exploration in history. And it certainly is an insult to the memory of those who have given their lives for the exploration of space.”

Denials of the Moon landings appropriately should be denounced as crackpot ideas. I look forward to the time when we return to the Moon and can tour “Tranquility Base” for ourselves.

Roger D. Launius is a senior curator in the Space History Division of the National Air and Space Museum.

If you think the moon landing was fake, you need a new ...