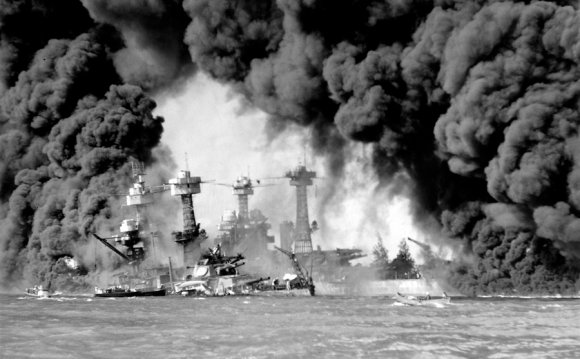 Every day Art Cashin (the “Dean of the NYSE” and an iconic figure at UBS) writes a market note and starts it with a history lesson and a personal comment. We will quote him twice herein and wish him well publicly since we are not be able to attend the annual holiday well-wishing in NY with the Friends of Fermentation (FOF).

On December 8, Art Cashin addressed the market’s response to the terrorist attack in San Bernadino:

Yesterday, I was asked on “Squawk on the Street” why the markets had such muted response to the tragedy at San Bernardino. I replied that while it was awful, it was seen as insular. It was a soft target, which the assailant was very familiar with. If there were to be a U.S.-based event that was more random, as the Paris strike was, the reaction would be broader. If, for example it struck at a mall, the economic consequences could be huge. Recall President Bush's response when he was asked, after 9/11, what a patriotic populace could do to help the country – he replied "Go Shopping!" He meant it.

Art sums up the great fear that the San Bernardino events confirm. It is the fear that I have personally heard voiced by very knowledgeable officials in the US homeland security arena. In America, anyone with a weapon and a lot of ammo can cut loose at soft targets at any time and in any place. The guns are everywhere and easily obtained, as we all know. The ammo is available without restriction as to buyer, quantity, or type. Our society is changing to institute greater security restrictions but doing so at a pace that seems to be a lot slower than the ongoing series of shootings and terrorist attacks demands. And while the gun control debate continues, in cities like Chicago – where guns are illegal – the murder rate is atrocious.

Meanwhile, Americans are showing signs of behavioral changes in their politics, a shift most dramatically illustrated by the debate currently raging around Donald Trump’s gravely misguided comments regarding Muslims. A quick Internet search for “Huey Long” or “Father Coughlin” affirms that political demagoguery and bombast is nothing new for America. Readers may also wish to peruse Executive Order 9066, by Maisie & Richard Conrat, which describes the internment of 110, 000 Japanese Americans during the WW2 era. Or tryWhile 6 Million Died: A Chronicle of American Apathy, by Arthur D. Morse, which traces American policy that stubbornly avoided trying to save Jews from Nazism. Others may want to refer to the history of Irish immigrants in our country and also learn about a place called Five Points in New York.

Fear over security quickly morphs into prejudice and xenophobia. Race, color, and creed are easily manipulated by politicians who pander to the basest of human instincts.

Political shifts toward intolerance are also warning signs. They portend societal changes that may eventually evidence themselves violently. American history is replete with examples of this violence since the very early days in our nation’s chronicled history. Remember: we once burned people for being witches. We hung people for their race. We displaced them after signing treaties to the contrary. We have the capacity to become very violent.

In the struggle against Al Qaeda, early warning signs like the 1993 World Trade Center bombing did not trigger a sufficient response. The global spread and evolution of terrorist networks and the evidence regarding our faltering response to Al Qaeda are well documented by Marc Sageman inUnderstanding Terror Networks.

After 9/11, US strategy shifted to attacking Al Qaeda’s geographical sanctuary. Historians will be debating the success or failure of our Afghanistan foray for years. Likewise, the Iraq War stirred up its own ongoing political controversy. In both cases a retrospective reveals deficiencies in American policy and leadership.

Political controversy has now reared its head again with respect to our policy on Syria and ISIL. In some important ways, we really do not know what that policy is, presidential speeches notwithstanding. We do know that systemic changes such as increased visa restrictions are underway. William McCants directs the Project on US Relations with the Islamic World at Brookings. His book The ISIS Apocalypse is recommended reading.

74th anniversary of the surprise attack on Pearl Harbor ...