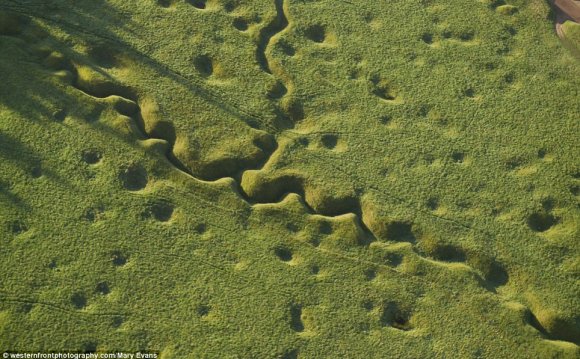 I have put together a short film on the Somme Battlefields, showing some of the sites that can be seen there. This can be viewed below.

The Department of the Somme lies in the Picardy region of Northern France, and is relatively easy to visit from the UK, driving time from the Channel ports is around 90 minutes. It is a region which is made up largely of chalk downlands, and around the site of the 1916 battles, is mainly rural with one small town (Albert) and many small villages. The map below shows the location of many of the 1916 battlefields which are covered in this section of the website.

Map of the Somme Battlefields

If you have only a short time to visit the Somme, then perhaps the best book to use is Major and Mrs Holt's Battlefield Guide to the Somme. This contains several one day driving itineraries, which have both distances and timings for each stop, plus clear directions and a useful map. This enables you to see as much as possible if time is limited. There is also a pocket sized version of this guidebook avaiable now. If you have more time, then walking the country of the Somme is very rewarding, and you get to see far more and get a real feel for the battlefields. The somme area is rural, unspoilt and largely retains many of the features that were present during the Great War. I would highly recommend Paul Reed's Walking the Somme if you have more time to spend walking the area.

For in-depth detail on the cemeteries and many other features, then Martin & Mary Middlebrook's Guide to the Somme Battlefields goes into much more detail, organised by small sectors of the battlefield. . For more information and reviews of Guidebooks, please see the Guidebooks page.

In terms of maps, for modern day maps the IGN Serie Bleue are large-scale (1:25000), and are excellent for walking tours. Sheets 2408 O, 2408 E and 2407 E cover the majority of the 1916 Somme battlefields. For contemporary trench maps, copies of a number covering the Somme battlefields are available in colour from G H Smith. The Linesman system is now also available (see the Great War Digital website).

There are several options to choose as a base when visitng the Somme battlefields. The most central for access to the 1916 battlefields is Albert. This enables you to reach the 1916 battlefields in minutes, and allows the maximum time for seeing the sights and enjoying the countryside as well. The drawback is that Albert is a very small town with relatively little choice in the way of hotels and restaurants. I have stayed at the Best Western Royal Picardie, which is a nice hotel with a good but rather expensive restaurant. There is also the Hotel Basilica, and a couple of guesthouses. In recent years, a number of self-catering cottages have also become available in the area, often specifically catering for battlefield visitors.In terms of eating out, there are a few restaurants, but not a great deal of choice in Albert. You should also note that several restaurants are closed on a Sunday evening if you are there over the weekend.

My preference during the day is to buy bread, cheese, ham and fruit before I set off, and have a picnic lunch. There is a small supermarket in the centre of Albert, and a slightly larger one on the road (D929) out of Albert to the east for provisions.

The Basilica in Albert; the golden virgin on the top. The troops believed that when it fell the war would end Photo: Vise Paris

Another possibility for a base is Bapaume (an objective for the Somme offensive), again reasonably close to sites of interest, but this is also a small town with fairly limited amenities - although I have never stayed there. Peronne (to the south-east of the battlefields) is closer than Arras or Amiens, and makes a pleaseant location; a small town again but with some good restaraunts and a bustling local market on Saturdays.

Another alternative is Amiens. This is a fairly large city, situated about 20 miles west of Albert, so you will have around a 40 minute drive to reach the 1916 battlefields. However, the advantage is that there are numerous hotels, restaurants, shops etc. for the evenings or for others in your party if you are visiting with friends or family who want to spend time away from the battlefields! I have stayed in the Express by Holiday Inn, which is located right next to the station, and was fine and of a reasonable price as a base, although a fairly impersonal chain hotel as opposed to some of the individual hotels in the smaller towns. There are plenty of others to choose from to suit any budget.

I have also stayed in Arras - again a 45 minute drive from the battlefields, but a very good base - plenty of choice of hotels and places to eat in the city centre and generally a more pleasant town than Amiens.

Troops attacking during the Battle of the Somme Q87: Photograph courtesy of the Imperial War Museum, London.

1,000 poppies to bloom in remembrance of World War One

The Entente World War I Battlefields