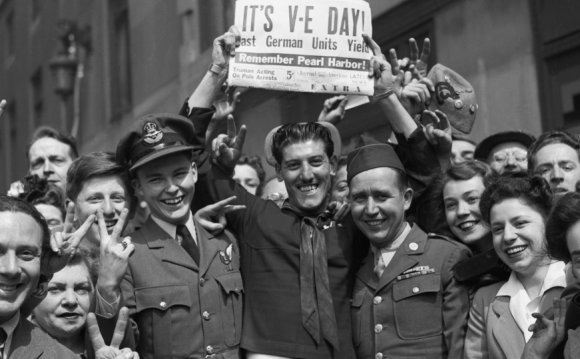 World War II is arguably the most tragic episode in human history. The six year war, with its European epicentre, spread to all corners of the globe with countless men, women and children affected by the struggle.

Millions were killed on the battlefield, in the air, on the sea and in the cities and countryside across Europe. Let alone the estimated 6 million Jews that were killed by the Nazi’s in accordance with Hitler’s gross plan to exterminate their entire race.

Everybody knows the chronology. Everybody knows how and why the Allies won. Yet during a war this complex and lengthy, there are dozens of shocking incidents that occurred that are less notorious. From secret agreements that shaped the post war world, to extraordinary individuals, World War II threw up a series of surprises.

This list will explore odd events/ things that happened during World War II, away from the popular histories.

This case of extreme loyalty and ability to sustain one’s self is bizarre to say the least.

While the six years of World War II may have seemed an eternity for all those unfortunate enough to have experienced it, Japanese soldier; Lieutenant Hiroo Onoda’s war lasted for 29 years.

Onoda was sent to a remote Philippine island in 1944 and was ordered to carry out guerrilla warfare against US soldiers. However, Onoda was guilty of taking his orders a little too literally.

He was forbidden to take his own life, and was told by his commanding officer that regardless of circumstance, he would come back for him.

So for the next 29 years, Onoda remained in hiding in the jungle of Lubang island, living off bananas, coconuts, a small portion of rice and whatever animals he and his small number of troops, (that gradually dwindled, leaving just him) could kill.

It took a determined college drop-out; Norio Suzuki, who went in search of Onoda (in spite of official word that he was dead), to convince the soldier that the war had actually ended. Onoda and his group had found leaflets dated as early as October 1945 that declared the war was over, however Onoda assumed they were planted in his grasp to trick him into relinquishing his position.

When Suzuki found Onoda in 1974, the Lieutenant still requested he receive official orders from his commanding officer regarding the completion of his mission.