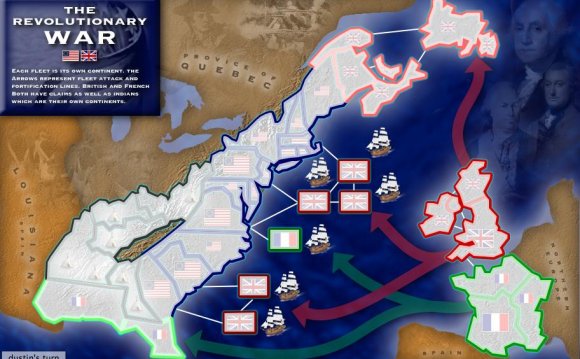 With the first battles of the American Revolution occurring in the Boston area, one of the most important historical time periods represented in the Norman B. Leventhal Map Center’s pre-20th-century holdings is the American Revolutionary War era, defined broadly as 1750 to 1800. This collection encompasses approximately 900 maps covering Boston and New England, as well as the remainder of eastern North America and the West Indies during this time period.

While these maps highlight Boston’s role in the Revolution, they also document the crucial events that led from the French and Indian War to the War of Independence and on to the formation of a new nation during the last decade of the 18th century. In doing so, they provide basic graphic resources for researching North America’s historical geography by mapping and reconstructing settlement and cultural landscapes that gave each colony its identity and character. The maps portraying the period before the war provide the geographical basis for understanding the role of the 13 colonies within the wider context of the British Empire and its relationships with its European neighbors and competitors.

Among the unique and most rare items are Thomas Jeffery’s A General Topography of North America and West Indies (1768), which documents the military activities associated with the French and Indian War; two sets of Frederick J.W. Des Barres’ Atlantic Neptune; a 1775 powder horn inscribed by a British Soldier with a map of Boston; and a 1776 portfolio of maps owned by Benjamin Franklin, including the French edition of his Gulf Stream map.