Negative Results of the Industrial Revolution 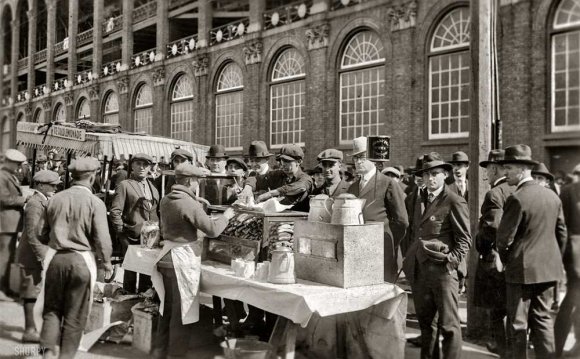 The steam engine and steam locomotive evidently had major consequences on European society. Positive and negative effects are apparent, as these major technological breakthroughs transformed European society. Even today, many aspects of society and economics are present due to the profound impact these inventions had, which is why they are such big turning points in history.

The railroad rapidly spread and sped transportation. This created new jobs, forcing people to move into cities. Cities like London, for example, shot up in terms of population. In 1801, before the advent of George Stephenson's Rocket, London had 1, 117, 000 people. After the invention, however, the population of London had more than doubled to 2, 685, 000 people in 1851. London, along with several other cities of over 100, 000 people transformed the nucleus of society from small tight-knit communities where textile production and agriculture were prevalent into big cities with a variety of jobs and people. Again, this is evident in London, where it was largely agricultural based until the Industrial Revolution, most notably the steam locomotive. The steam locomotive provided quicker transportation and more jobs, which in turn brought people into cities and drastically changed the job outlook. By 1861, only 2.4% of London's population were employed in agriculture, while 49.4% were in the manufacturing or transportation business. Evidently, the invention of the steam locomotive was a major turning point in history as it transformed society from largely rural and agricultural into urban and industrial, very much like today.

By 1800, not even half a century after Watt's improvements in the steam engine, there were 2, 500 steam engines operating throughout Great Britain, similar to the ones he made. The steam engine and locomotive propelled countless other industries such as driving bellows and rollers, spinning machines, and weaving machines. And, for the first time in history, people had the ability to quickly and cheaply move to big cities to find work, as opposed to working on a farm. Subsequently, it had a major impact on businesses, as it boosted production of natural resources, which were vital to society, and created numerous new jobs, thereby making England less dependent on textiles and Europe as a whole less agricultural and more centered around mass business. For example, British iron production increased nearly 2, 500% from 1796 to 1854, evidently due to the invention of the steam locomotive. The jobs relating to mass business paved the way for a global economy that is present today; the presence of mass business throughout the continent, even the world, blossomed thanks to the steam locomotive. Throughout history, there may have been no greater turning point that promoted the business outlook which is present today than the steam locomotive.

The Engine of the Industrial Revolution: Cornwall and West ...

The Ushering In Of The Third Industrial Revolution And A ...