Purpose of the Lewis and Clark Expedition 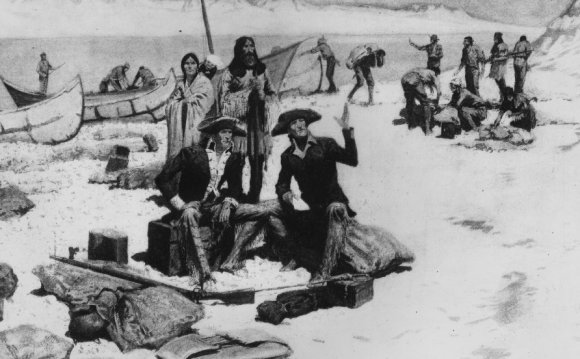 President Thomas Jefferson's secret message sent to Congress on January 18, 1803, written 200 years ago, marks the official beginning of the Lewis and Clark Expedition. Handwritten by Jefferson, with strikeouts and emendations included, the message sparked one of the most extraordinary "voyages of discovery" in American history.

The message that launched the enterprise is a curious one. Although it exhibits Jefferson's effortless and elegant command of language and provides a glimpse of his continental vision, this historic record also has an element of deception. In the secret message, Jefferson instructed Congress to conceal the funding for the expedition in a general line-item appropriation "for the purpose of extending the external commerce of the United States." This maneuver, Jefferson informed the House and Senate, "while understood and considered by the Executive as giving the legislative sanction" to the enterprise, would also "cover the undertaking from notice and prevent the obstructions which interested individuals might otherwise . . . prepare in its way."

Jefferson was not ready for a public announcement of the launch of a military expedition into territory claimed by rival European empires. At the time he composed the message, Jefferson was working through diplomatic channels to secure permission from Spain, Great Britain, and France for safe passage of the expedition beyond the Mississippi River, the western territorial limits of the United States. When he sent his secret message in January, Spain had already rebuffed Jefferson, and the Spanish minister warned him that "an expedition of this nature could not fail to give umbrage to our Government." Jefferson had to proceed carefully and convince the European claimants that the expedition was a scientific venture that would benefit all rather than the advanced guard of American territorial expansion.

At this early stage in the history of the expedition, Jefferson also had to convince Congress that it should support his unprecedented request for a publicly funded expedition into the unknown. The propriety of the Federal Government sponsoring an enterprise of this nature remained an open question, especially since Jefferson and the Republicans had defeated the governing Federalists in 1800 by promising a more limited government, a reduction in government expenditures, and the retirement of the national debt. Jefferson asked Meriwether Lewis, his private secretary and the officer he selected to lead the expedition, to prepare a frugal budget that would not upset Congress. Lewis provided the estimate of $2, 500 that Jefferson asked Congress to conceal in a general appropriation.

The low-cost expedition would yield extraordinary benefits, Jefferson recounted in his message to Congress, including access to "great supplies of furs and peltry, " an increase "in the boundaries of knowledge, " and the exploration of "the only easy line of communication across the continent." "An intelligent officer, with ten or twelve chosen men, " he noted, required funds only for "their arms and accoutrements, some instruments of observation, and light and cheap presents for the Indians." Since the members of the expedition were already on the government payroll as members of the army, Jefferson added, "their pay would be going on whether here or there." The advantages to the nation seemed wildly out of proportion to the meager cost.

(PDF Download) The Journals of Lewis and Clark (Lewis ...

The Lewis and Clark Expedition: Part 2