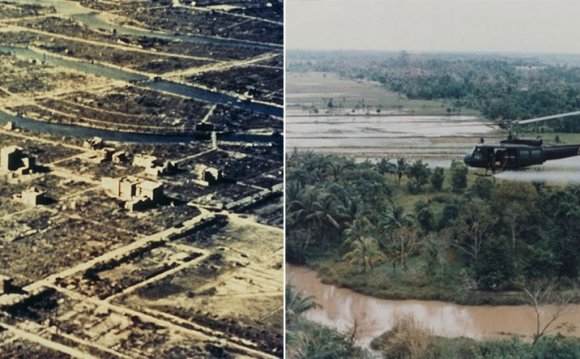 Developing Nuclear Weapons
March is National Women's History Month, and it's a good time to think about some of the accomplishments of women in science. Discoveries by women scientists like Marie Curie and Lise Meitner contributed greatly to building the foundations of our knowledge of radioactivity and nuclear energy. Later, American women scientists contributed to important applied developments in these fields and even played a key role in developing the first nuclear weapons. Their stories show how much science and engineering have to gain by recruiting from the whole population.

One of the major milestones in the history of American science occurred during World War II, when "big science" as we know it today first came to the fore. The world's first very large-scale science-based technological project was the Manhattan Project, which was America's secret project in Los Alamos, New Mexico, to develop the first nuclear weapons.

Because many men had been drafted into the armed forces and were fighting overseas, serious personnel shortages developed in the American workforce during World War II, and American women were encouraged to go to work in nontraditional jobs that women in this country had never held before. (Popular propaganda posters like "Rosie the Riveter" made war work seem socially acceptable and even glamorous.) Although not many American women had been able to work in science before World War II, several hundred women worked as scientists, mathematicians, engineers, and technicians on the Manhattan Project.

It appears that one reason that an appreciable number of women were able to work on the Manhattan Project is because this project, important as it seems to us now in retrospect, was considered a "long shot" early in World War II. Most of the leading American scientists and engineers who participated in war work were assigned to higher-priority wartime projects that were considered more likely to succeed, such as the effort to develop radar; whereas more foreign-born scientists and women were hired to work on the Manhattan Project, which was initially thought to have only a relatively small chance of success.

Who Were These Women?
The woman most widely recognized in conjunction with her work on the Manhattan Project is Leona Woods Marshall Libby, a young physicist who was a graduate student at the University of Chicago during the early years of World War II, when Enrico Fermi's group undertook the crucial mission of producing a controlled, self-sustaining nuclear fission chain reaction. She helped to construct detectors for monitoring the flux of neutrons in the first atomic "pile" - the large stack of uranium and graphite blocks from which the group was building the first nuclear reactor. She was one of the scientists who participated in the now famous experiment on December 2, 1942, in which the first self-sustaining nuclear chain reaction took place, releasing nuclear energy and establishing the feasibility of moving ahead toward designing and developing nuclear weapons.

The most famous woman who worked on the Manhattan Project was Maria Goeppert Mayer, who later won the Nobel Prize in physics for her work in developing the theory of nuclear shell structure.

During World War II, she was involved initially in theoretical studies of the thermodynamic properties of the uranium hexafluoride gas that would be used in the gaseous diffusion process for conducting isotopic enrichment of uranium by separating U-235 from U-238. She also investigated the possibility of using photochemical reactions for isotope separation. Later she worked at Los Alamos on energy release in nuclear explosions.

Several other prominent women scientists were involved briefly in the Manhattan Project. Chinese American experimental physicist Chien-Shiung Wu, who subsequently became famous for disproving the law of conservation of parity, contributed to solving the problem of reactor "poisoning" when the large plutonium production reactors at Hanford were first turned on. Physical chemist Isabella Karle, who later was awarded the National Medal of Science for her work on developing methods for determining crystal and molecular structures by x-ray diffraction, worked for a short time on the chemistry of transuranic elements and the synthesis of plutonium compounds in Glenn Seaborg's laboratory in Chicago.

More Contributions From Women
In addition to women physicists and chemists, there were women who worked in biology, mathematics, engineering, and other technical specialties. Miriam Posner Finkel, a newly minted Ph.D. zoologist who had just married a colleague, was hired by the Metallurgical Laboratory in Chicago and worked on establishing the basic toxicity levels of radionuclides. Marion Crenshell Monet, a chemical engineer, worked together with her husband, also a chemical engineer, at the Clinton Engineer Works in Tennessee, the precursor of Oak Ridge.

Many women helped to perform the extensive calculations needed for the design of the first nuclear bombs. Digital computers as we know them today did not exist early in World War II, and most of the early calculations were performed using electrically powered mechanical calculating machines. Naomi Livesay, who had a degree in mathematics and experience in using electric calculating machines in the analysis of survey data, began work at Los Alamos in 1944. Soon she was supervising a team that conducted calculations to track the blast wave of the conventional explosion through the fissile material at the core of the bomb...