When was the first moon landing 1969 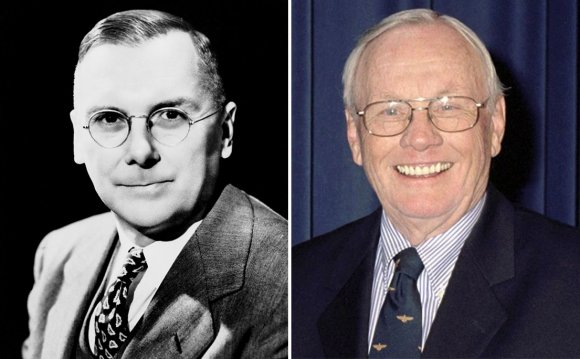 Lunar landing operations for the Apollo 11 crew officially began around 9:27 a.m. July 20, when lunar module pilot Buzz Aldrin crawled through a tunnel separating the command module Columbia from the lunar module, Eagle, to power on the lander.

Four hours later, Buzz Aldrin and his commander, Neil Armstrong, stood in Eagle while it separated from Columbia. At the controls of Columbia, command module pilot Michael Collins turned on the ship's engines and moved it away. He watched as Armstrong and Aldrin fired Eagle's engines for the lunar descent. "Everything's going just swimmingly. Beautiful!" Collins said over radio to Mission Control.

But not everything went to plan after that. Eagle's computer experienced several task overloads that tripped program alarms in the spacecraft. Just after 4 p.m., Armstrong looked outside the window and saw the automatic landing system was taking Eagle to a rocky field. He took control of the spacecraft, steering it down to the surface with just seconds of fuel to spare. Apollo 11 was on the moon.

The main event, the moonwalk, began at 10:39 p.m. when Armstrong opened the hatch of Eagle and backed outside, watched by Aldrin. He carefully moved down the ladder, turning on the TV camera on the way. His first step took place at 10:56 p.m. "That's one small step for [a] man, one giant leap for mankind, " he radioed Earth.

Armstrong quickly moved to take samples from nearby Eagle, and Aldrin followed him on to the surface. The moonwalk lasted 2.5 hours, in which time the men picked up several rock samples, deployed science experiments, erected a flag and took a phone call from U.S. President Richard Nixon. Eagle's hatch was closed, astronauts inside, at 1:11 a.m. the next morning.

It has been more than four decades since the first men landed on the moon on July 20, 1969. Test your memory of the moon landing with this quiz.

It has been more than four decades since the first men landed on the moon on July 20, 1969. Test your memory of the moon landing with this quiz.