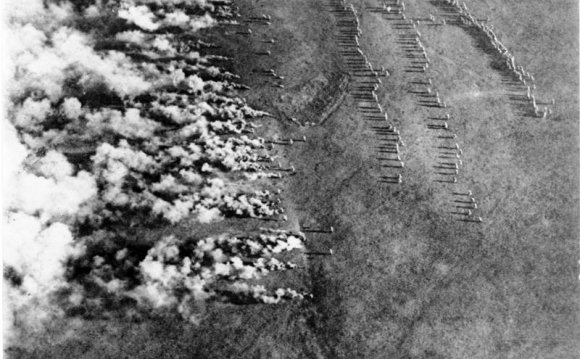 Gas masks used in World War One were made as a result of poison gas attacks that took the Allies in the trenches on the Western Front by surprise. Early gas masks were crude as would be expected as no-one had thought that poison gas would ever be used in warfare as the mere thought seemed too shocking.

One of the first British gas masks was the British Hypo helmet seen below.

This crude mask gave some protection but its eye-piece proved to be very weak and easy to break – thus making the protective value of the hypo helmet null and void. The mask gave protection by being dipped in anti-gas chemicals. These were:

Though it was crude, the hypo helmet was a sign to British troops in the trenches that something was being done to help them during a gas attack and that they were not being left out for slaughter. As the months passed and the use of poison gas occurred more frequently, more sophisticated masks were developed and introduced.

The British small box respirator was first introduced to British soldiers in April 1916 – a few months before the Battle of the Somme. By January 1917, it had become the standard issue gas mask for all British soldiers. By now, the mask had an appearance on what we would assume a gas mask to have and its value can be seen in the number of fatalities the British suffered as a result of poison gas – 8, 100 – far fewer than the total British deaths of the first day of the Somme.