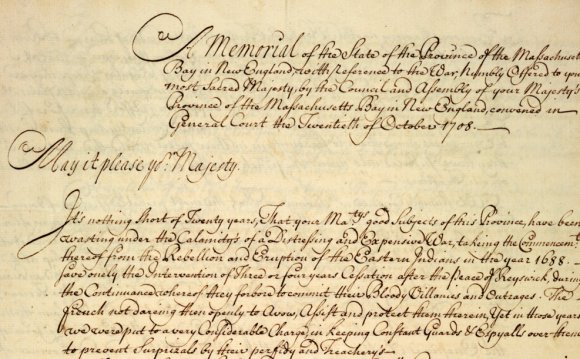 Paul Revere Goes for a Ride

April 16
Dr. Joseph Warren asks Paul Revere to prepare to go to Lexington to warn Hancock and Adams if the British start marching west to arrest them.

Revere has been working as an express rider for the Boston Committee of Correspondence and the Massachusetts Committee of Safety since 1774 and is accustomed to carrying news, messages, and copies of resolutions for the independence movement leading up to the American Revolution.

Revere arranges with Charlestown residents to signal the route planned by the British: “One if by land and two if by sea.”

A friend who is sexton in Christ Church - now called Old North Church - in Boston's North End will hang lanterns as a secret sign. This is actually a back-up signal to the local Sons of Liberty in case the British prevent him from leaving Boston.

April 18
At 8 PM, under dark skies, 700 British Regulars who had been camping on Boston Common board boats and barges on Round Marsh, the part of Back Bay that covers the area where is located today.

Revere observes two lanterns shining through the windows in Christ Church and confirms with friends that the Sons of Liberty have seen this signal about the British route.

Revere and Dawes start their famous rides through the night to warn the Hancock and Adams, “The Regulars are out!”

Taking separate paths at first and then meeting at Lexington, they deliver their message.

Then, going on the assumption that British commanders wouldn't sent 700 troops just to arrest two men, they realize the Redcoats must have more in their sights than just 2 dissident Colonials, and are in fact probably headed to Concord to seize the munitions.

Joined by a third patriot, Dr. Samuel Prescott, they agree to ride on to Concord, stopping at every farmhouse along with way with their alert.

This paves the way for the surprise that the British will get the following day - their first inkling that an American Revolution is underway.

In by Henry Wadsworth Longfellow, we now remember Revere's alert as “The British are coming!” And because Longfellow mentions only Revere in his poem, we tend to forget that Dawes also spread the warning. A third patriot, Dr. Samuel Prescott, joined them along the way.

Under the command of Colonel Francis Smith, the Regulars begin the 18 mile to Concord, not knowing that their movements have been observed, an alert is going out across the countryside, and Militia and Minutemen are gathering.

The American Revolution - Day 1 and Onward

April 19
Around 5 AM, Colonel Smith and his troops are crossing Lexington Green when they spot a group of 50 Militiamen, not in uniform but carrying a variety of weapons, some of them decades old. The British order them to disperse, but they don’t obey. A shot rings out. No one knows which side fired first. The Redcoats shoot into the group of Militia, killing 8 and leaving 10 wounded.

Although the British press on to Concord, the Battle at Lexington Green slows them down. By the time they finally reach Concord and start searching for the munitions across the countryside, Minutemen and Militia from nearby communities begin to surround them.

By mid-morning, Colonel Smith realizes that his troops are outnumbered—in fact, they’re in big trouble! A large group of Militiamen awaits the Redcoats on the North Bridge. This time, when the British open fire, the Patriots fire back with “the shot heard ‘round the world.”

The battle at the bridge turns into a rout. Having found no munitions and failing to capture Hancock and Adams (who, thanks to Revere and Dawes, are miles away and safe), the British decide to retreat to Lexington, 6 miles from Concord.