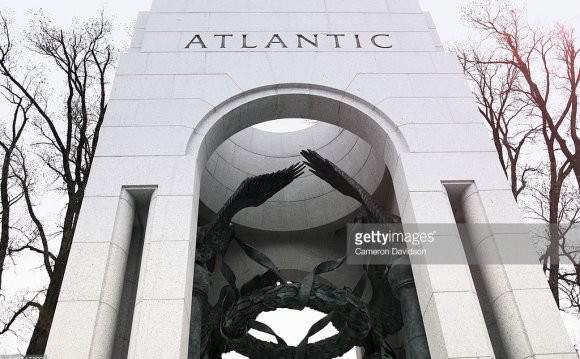 Police are still putting the pieces together on what happened when gunfire was reported near the National Mall Tuesday afternoon. News4's Jackie Bensen reports. (Published Wednesday, Aug. 5, 2015)

Two men were taken into police custody Tuesday after reports of gunfire near the World War II Memorial sparked a manhunt that spanned D.C.

A fight and possible gunfire was reported to have come from a parked white Hyundai near Independence Avenue and 17th Street SW, near the Tidal Basin, about 2:30 p.m. Two men were seen fighting in the backseat when a window blew out and the car took off.

The car with New York license plates headed north on Rock Creek Parkway, and then a gun, a Yankees baseball cap and bloody rags were found along the way, near the Kennedy Center.

Suspect in Custody in Relation to Possible Shooting

Police have arrested one man in connection with a shooting near the World War II Memorial, but the investigation is ongoing. There may be more suspects, and it is unclear if any victims were shot. (Published Tuesday, Aug. 4, 2015)

About six miles north of the initial scene at about 5 p.m., police stopped a white Hyundai with one broken window at Connecticut Avenue and Van Ness Street NW. A man in the car was taken into custody and is being questioned.

About an hour later, just after 6 p.m., people on a quiet street in Adams-Morgan were surprised to see U.S. Park Police converge on a home. Sitting on the curb of a home on Monroe Street NW was a man in handcuffs with a white cloth wrapped around his wrist in what appeared to be an improvised bandage.

"The investigation led officers here, and the outcome was a person that Park Police wanted to question in regards to this incident." U.S. Park Police Sgt. Lelani Woods said near the home.

The car involved in the incident was a rental, police said.

A witness describes what he saw and heard when shots were fired from a car on Independence Avenue just steps from the World War II Memorial. Tom Sherwood reports. (Published Tuesday, Aug. 4, 2015)

What led to the gunfire remained a mystery Tuesday night. No one reported injuries.

Rock Creek Parkway and westbound Independence Avenue SW were closed during the manhunt and motorists were told to avoid the area. Connecticut Avenue NW was closed between Tilden and Van Ness streets after the car was stopped, but it also has reopened.